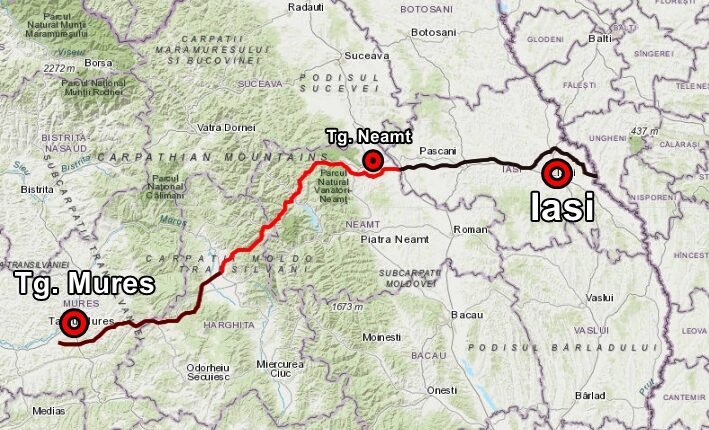 The Union Highway is the A8 Highway Ungheni-Iasi-Targu Mures, linking the region of Moldavia to the one of Transylvania.

“Today during the signing ceremony I asked the designer to prioritize the section from Targu Frumos to Letcani. Moldavia has waited enough to have modern roads. For me, both the A8 and A7 highways are priorities and we all make efforts in the ministry and in the National Company for Highways and Roads so that these motorways should become reality as soon as possible. We are fighting that both projects should have financing from the National Resilience and Recovery Plan,” minister Drula said during the signing ceremony for the complete planning (feasibility study plus the technical draft project) of the A8 Union Highway Târgu Neamț – Iași – Ungheni.

The A8 Highway, Târgu Mureș-Târgu Neamț-Iași-Ungheni is to stretch on approx. 311 Km, and it’s estimated at RON 35,85 bln.

The law on building the Union Motorway was adopted by the Chamber of Deputies in November 2018, yet with no available funds being directed so far to start construction works.

Rehabilitation of the Fetesti bridge over Danube’s Borcea arm

As for the rehabilitation of the Fetesti bridge over Danube’s Borcea arm, it is a project worth RON 67.7 million through EU financing. Minister Drula said it is a complex project, as the bridge has not had a complete overhaul for four decades.

Which are the Romanian fastest growing companies and start-ups in the region?