Samsung: Over 4.5 M smartphones to be sold this year on local market. Galaxy S8 has reached Romania

The sales of smartphones on the Romanian market will exceed the threshold of 4.5 million units this year, Cristian Cojocaru, Head of IM Division within Samsung Electronics Romania said, during the launch event of Samsung’s flagship Galaxy S8 in Bucharest on Thursday. 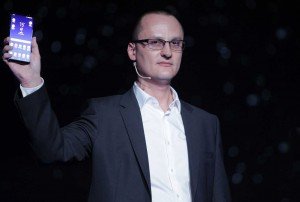 According to him, the smartphone market increased last year both in value and volume, and Samsung has grown more than the market. The market grew by value by 20 percent in 2016, almost 4 million smartphones being sold, of around EUR 760 million. Samsung has over 40 percent market share.

He forecasted that this year the market will be maintained on a positive trend, but the growth rate will be lower compared to 2016.

“We expect the market to grow at a slower pace than in 2016 amid the smartphones’ penetration rate, which ranged between 55 percent and 60 percent in 2016. I estimate it will reach somewhere around 75 percent at the end of 2017,” Cojocaru stated, adding that Samsung is in touch with all mobile operators, retailers and other large retailers.

As regards Galaxy S8, Samsung Romania officials say it will exceed S7 this year in terms of the number of sold units. 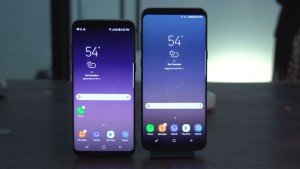 Both Galaxy S8 and S+ are available for preorders starting March 30th. These devices are going to sale on the Romanian market starting with end-April. The prices start from RON 3,500, reaching RON 3,900-4,000.

Galaxy S8 distinguishes itself through a stunning Infinity Display. The revolutionary design of the Galaxy S8 and S8+ begins from the inside out. The S8 is thin and incredibly light at 155g, but it feels sturdy and precisely made, considering also that it’s IP68 water- and dust-resistant.

“We rethought every part of the phone’s layout to break through the confines of the smartphone screen. So all you see is pure content and no bezel. It’s the biggest, most immersive screen on a Galaxy smartphone of this size. And it’s easy to hold in one hand,” Samsung officials say.

Update: 8-year old child in critical condition after being bitten by dogs

Pork – more expensive as of April