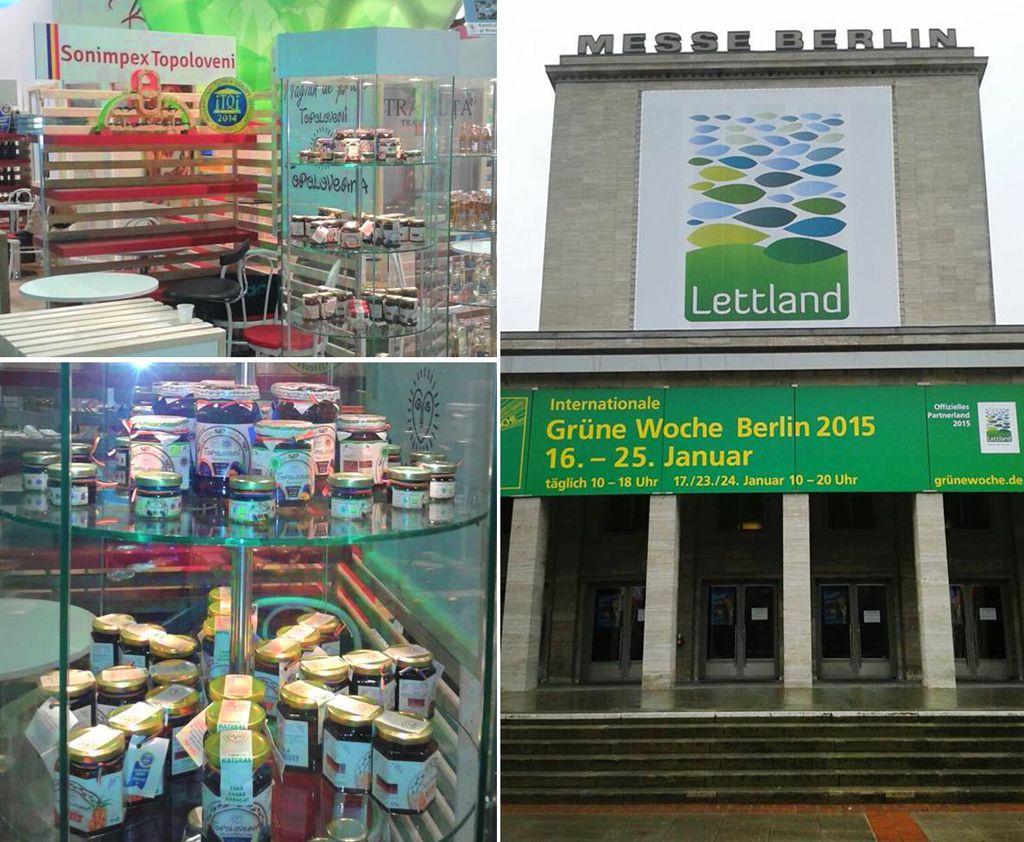 The Topoloveni Prune Jam and other products of the Topoloveni range are to be on display in Romania’s stand at the 80th edition of the ‘International Green Week’ Fair in Berlin for the seventh consecutive year, producer Sonimpex Topoloveni informs.

‘The International Green Week’ in Berlin is the first international event to which the Topoloveni Plum Jam took part in 2008. Traditionally it was the first fair we were taking part to at the beginning of the year, but this year we also took part to the Winter Fancy Food Show San Francisco, the largest agri-food exhibition on the western US coast. It’s very important to keep the tradition alive and meet our German customers keen to have 100% natural products. Although we encounter problems on the domestic market, we are dedicated to show Romanian traditions at the international level. We will always defend Romania’s prestige,’ said Bibiana Stanciulov, Sonimpex Topoloveni CEO.

The Topoloveni Plum Jam is supplier for the Romanian Royal House, awarded by Superior Taste Award from the Institute for Taste and Quality in Brussels. It obtained several certifications, among which Cod Operator NATO, Kosher certificate or Halal certificate.

The Topoloveni Plum Jam can be eaten also by diabetics according to the doctor’s advice, a study carried by the National Diabetes Institute, Nutrition and Metabolic Diseases NC Paunescu says.

The International Green Week fair is the largest fair in the world for agri-food, agriculture and horticulture, as well as a place of meeting for the Global Forum for Food and Agriculture (GFFA) gathering agriculture ministers from 80 countries.

CVM report for Romania and Bulgaria – to be released in the following weeks. Justice Minister expects an EC positive view

Romania, the 2nd in Europe on children at risk of poverty or social exclusion

Fondul Proprietatea: The lack of corporate governance in state-owned companies…