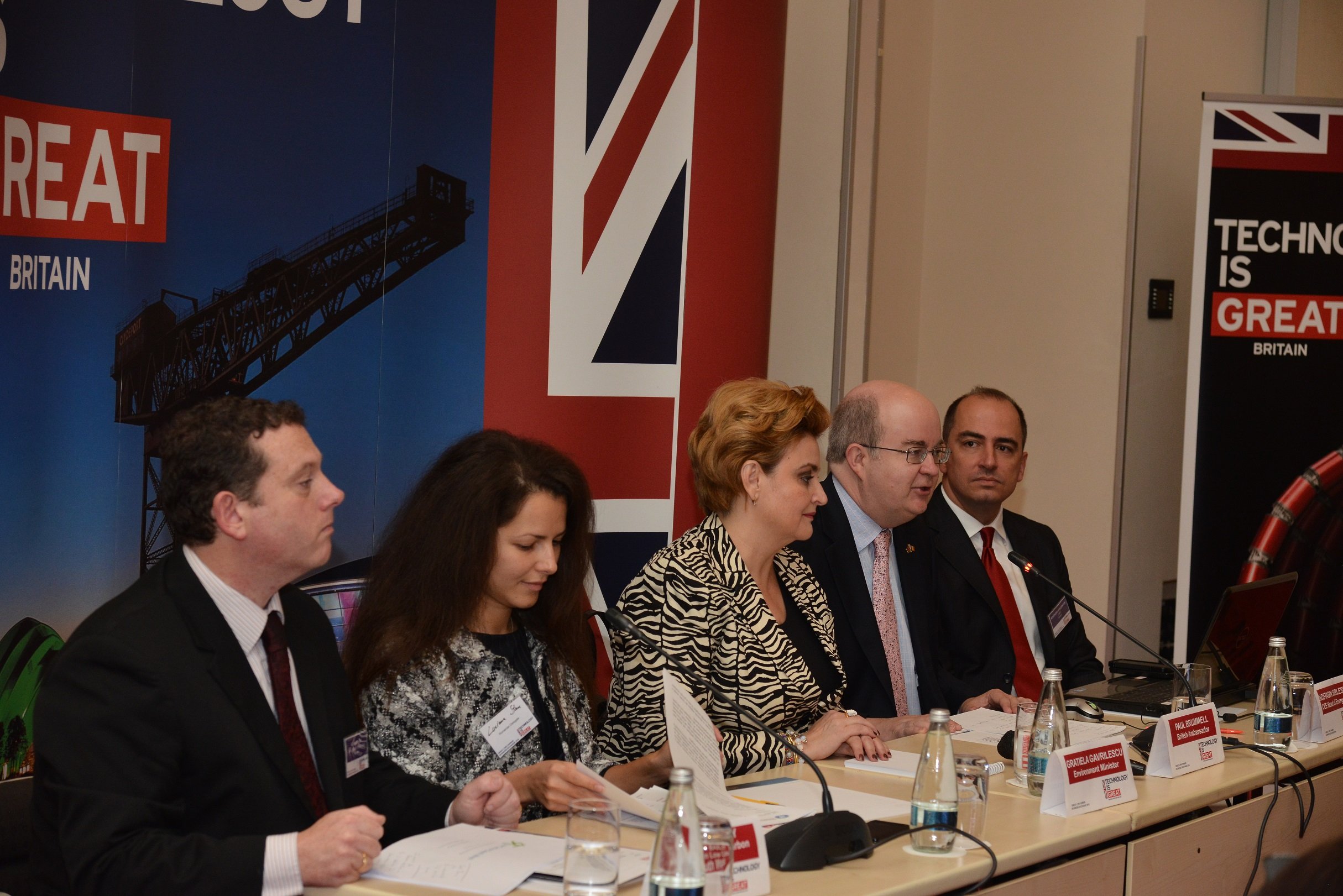 “(…) We aim to use this business exchange to present to the region the expertise and innovative capability of the UK as a major global exporter of green goods and services, and a leading low carbon innovator,” Paul Brummell, British Ambassador to Romania said in the event opening.

Thus, the delegates have the opportunity to meet and discuss with UKTI experts from other markets in the region.

Romanian authorities are planning to invest EUR 200 million into a waste-to-energy plant for Bucharest, to be built by 2016, using EU funds. The project is designed to address both the city’s waste problems (recycling rate is below 5 percent), as well as district heating issues (obsolete coal or hydrocarbon plants and outdated heating system).

Also, according to the National Strategy for Energy Efficiency, Romania will invest EUR 5 billion in the next 6 years –  EUR 3.9 billion for implementing a low carbon economy (energy efficiency, renewable energy 24 percent target), out of which EUR 1.1 billion are aimed at energy efficiency projects (buildings, lighting, smart cities).

In the region, Poland plans to build two new waste-to-energy plants, each investment estimated at around GBP 60-70 million. A GBP 34 million project for the incineration plant of the city of Sofia, Bulgaria, will generate 30 percent of the energy of the capital from public waste.

Bosnia & Herzegovina will rehabilitate and expand the capacity of its 450 MW Block 7 lignite-fired cogeneration plant in Tuzla, a project worth GBP 588 million.

“The EU structural and cohesion funds have the potential to catalyse the transition to a low carbon economy in Central and Eastern Europe (CEE), as this is a mandatory step which will have to be made by Romania, together with all the countries in the region,” Alan Bailey, Trade Mission Leader and Chairman Low Carbon South West CIC said attending the event, along with Romanian Minister for Environment, Water and Forests, Gratiela Gavrilescu.

Countries in Central and Eastern Europe are upgrading existing energy facilities and diversifying their overall mix at a time when their energy demands are increasing significantly (30 percent growth in demand by 2030 compared to OECD average of 4 percent; BP Energy Outlook) and climate commitments are driving development, in the context of the region’s need to reduce energy dependence from Russia.

UKTI is the government department that helps UK-based companies of all sizes succeed in the global economy, providing them with the tools they require to be competitive on the world stage.

“We help businesses grow through international trade, offering expertise and contacts through our extensive network of specialists in the UK, and in British embassies and other diplomatic offices around the world. We also help overseas companies bring their high quality investment to the UK’s economy – acknowledged as Europe’s best place from which to succeed in global business,” British Embassy in Bucharest points out.

IMF’s World Economic Outlook: Romania’s GDP to increase by 3.4 pc in 2015 and by 3.9 pc in 2016. Uncertainty, complex forces weigh on global growth

Wizz Air opens base in Bacau