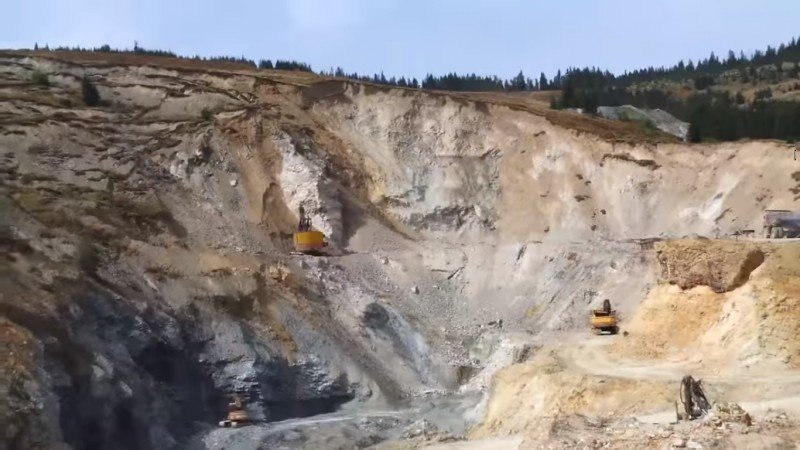 British mining company Vast Resources has announced that the last drilling activities from the tailing dams in Baita Plai (Bihor County), covering 630 meters, confirmed the presence of larger quantities of copper, zinc, lead and even silver than previously estimated, a press release informs.

It is for the first time in the last 40 years when these dams are being rehabilitated, a project necessary to protect the environment. The tests will continue there in the following months as well, as they help the company establish the optimum ways to process the ore, Vast Resources representatives stated.

“Greening the tailing ponds from Faneata is a very important project for us, because we found a suitable way of turning the process of protecting the environment into a profitable activity. So far, the results are encouraging and we will continue to work on prospecting area, to ensure that the feasibility study planned for the second half of the year will be complete and correct”, said Andrew Prelea, President and CEO of Vast Resources Romania.

The activity from the ponds in Faneata runs in parallel with the process of regaining the right to start working in the mine in Baita Plai, and expanding the activity in the rest of the country. Earlier this year, Vast Resources obtained two new prospecting licenses for two areas in Bistrita Nasaud (in Piciorul Zimbrului and Magura Neagra, located near the town of Zagra).

By exploring these two areas the company aims to analyze the possibility of turning them into real sources of ore deposits for a potential metallurgical complex that Vast Resources aims to build in Manaila or in Carlibaba.

President Iohannis: CSAT approves Romania’s objectives at the NATO Summit in Brussels. 120 military to be sent to Poland