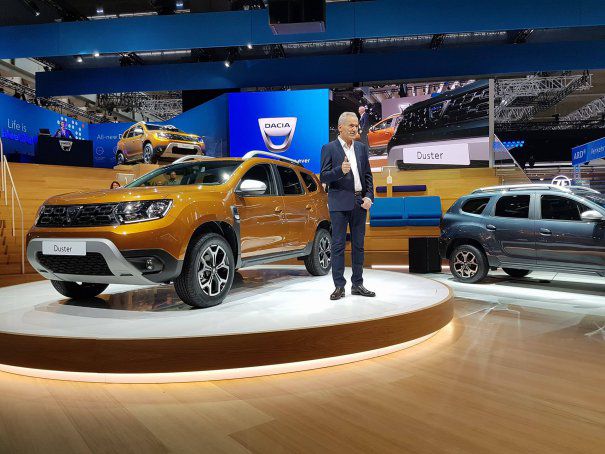 French auto maker Renault has revealed Dacia Duster 2018 at the Frankfurt Motor Show 2017 and features an evolutionary exterior upgrade, as well as a higher quality interior.

”By building on the strengths of its predecessor, the All-new Duster simply brings customers more – all for a price that is still unbelievably affordable. The All-new Duster is more Duster than ever. It’s an off-roader that will take customers further in even greater style and comfort,” Jean-Christophe Kugler, Dacia’s vice president for Europe stated in Germany in a press conference.

Overall, the new Duster is sleeker than the old one and is expected to remain at the same excellent value-for-money value. According to company representatives, the new Duster aims to confirm and strengthen the success of the current generation of the Dacia’s SUV, sold in over one million units in the last seven years. new model combines robust, muscular styling with a “truly assertive personality” that is emphasised by a brand-new body colour – Atacama Orange. 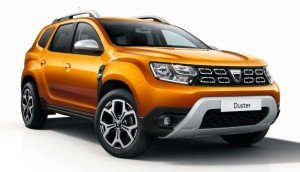 The front and back of the car features a smoother and rounder design while the side of the car has been emphasised with new lines across the body. Duster budget SUV’s signature grille flanked by the headlights stretches across the front of the car.

New LED daytime running lights with a new lighting signature have now also been added as a standard features as has a chrome finish skid plate an aluminium roof bars.

Dacia has also added new 17-inch alloy wheels and prominent wheel arches with black wing arches to the car. The car’s interior has also been upgraded to look more premium but still looms fairly basic, which is to be expected from the budget car.

The dashboard is clean but does 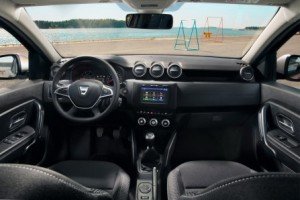 has its fair share of analog buttons and displays to help control the new MediaNav infotainment system, in order to improve connectivity, while the seats have been redesigned to improve comfort and support for both driver and passengers.

Under the hood, it is powered by a 1.2-liter petrol engine and 1.5-liter diesel engine. Both four wheel drive and two wheel drive versions of the car are available in dealership stores by 2018. The car is yet to receive the safety ratings and crash rating from the board.

Soprano Angela Gheorghiu to perform in the opening of Bucharest Days

Update: Economy minister Mihai Fifor takes over the Defence ministry. Who is to replace him?

Investor Relations added in the Classification of Occupations in Romania

COVID-19: Record high of deaths, of patients in intensive care

AI satellite solution that quantifies the greenery of…

Investor Relations added in the Classification of…