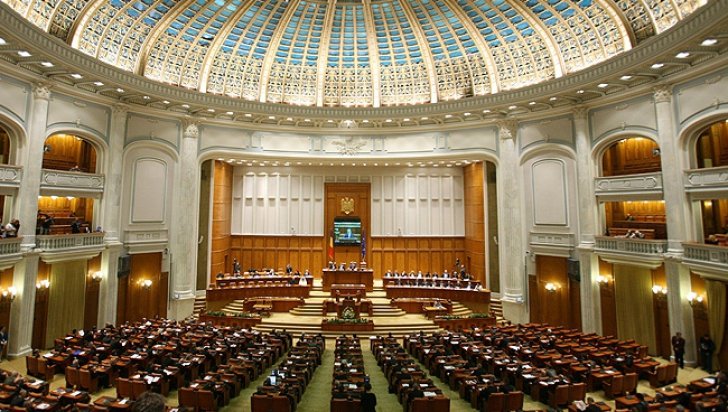 The lawmakers who have been found in conflict of interest during 2007-2013 are getting away with the sanctions, as on Thursday  the Constitutional Court has denied President Iohannis’ notification against the bill amending the National Integrity Agency Law, initiated by SocDem Florin Iordache, which stipulated there is no more interdiction for the MPs who had been in conflict of interest during 2007-2013.

„Following deliberations, the Constitutional Court, by majority of votes, has denied, as inadmissible, the constitutional exception raised by president Iohannis,” reads a press release of the Court.

In mid-March the head of state has sent the bill back in Parliament for re-examination, arguing that, by adopting it, the commitments assumed by Romania, as member of the European Union, will be thus questioned.

However, the lawmakers have in their turn rejected the President’s re-examination request and that’s why Iohannis resorted to the last appeal to the CCR.

The amendments targeted by the ruling party actually referred to removing interdictions against MPs found in conflict of interest during 2007-2013.

While calling for the law to be vetoed, Iohannis argued that by passing it, Romania would break the commitments as a EU member state.

“(…) On one hand, the general public interest doesn’t justify such a stipulation, as integrity standards are broken and on the other hand, it questions Romania’s ability to observe its commitments taken as a member state of the European Union,” the head of state was mentioning in the re-examination request.

The bill table by Florin Iordache aimed at amending the law 176/2010 on the integrity in exerting public offices, while proposing that interdictions against people who used to be senators or deputies and had been found guilty of conflict of interest based on the ANI evaluation reports, should be removed.

GRECO retorts to the Romanian JusMin: Recommendations to Romania are not optional

92% of the Romanians are familiar with the ‘EU citizen’ concept, but only…

Two other Romanian tourists in Greece test positive for…