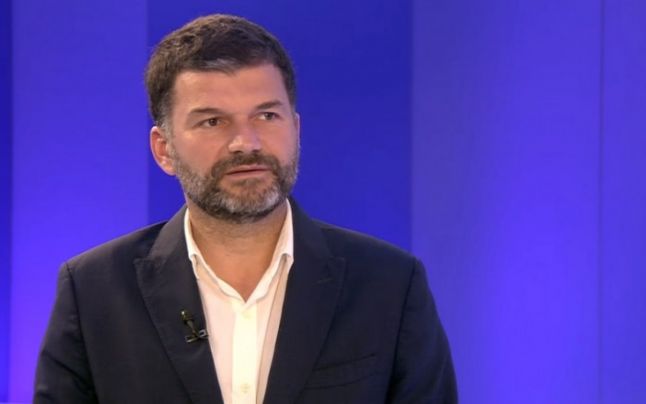 The head of the Environmental Guard, Octavian Berceanu, was released from office by Prime Minister Florin Cîțu. The decision was published in the Official Gazette, Berceanu being replaced by Alexandru Lucian Vasile, deputy commissioner of the Environmental Guard. Berceanu is among the last USR PLUS members to have been replaced by PM Cîțu after the ruling coalition split.

“It is a series of decisions taken by the Prime Minister. He let me the last, I thank him for that. He will probably know what to do so that the Environmental Guard maintains the same results, the best of the last 20 years. It is a strictly political decision. I was not notified. Florin Cîțu never directly reproached me for anything. It was a political decision. This denotes a lot of instability induced in state institutions. Until me, there were commissioners who have worked under political pressure. For me, this pressure has completely stopped “, Octavian Berceanu told Digi 24.

Mass media reported that Alexandru Lucian Vasile, who is replacing Berceanu as chief of the Environmental Guard is president of the Calarasi Liberal Youth Organization and the son of a Liberal mayor of Jegălia village.

Alexandru Lucian Vasile is a forestry engineer and worked at the company founded by his father, Coslo Zinca SRL, where he later became an associate. Since February 2020, he has been vice-president of the National Agency for Protected Natural Areas.

2020 was actually the year when Vasile mentioned in his wealth statement that he is associated with Coslo Zinca SRL, a reference that is no longer made in the 2021 wealth statement.

In March this year, he was appointed deputy general commissioner of the Environmental Guard. Alexandru Lucian Vasile graduated in 2012 from the Faculty of Forestry and Forestry of the Transilvania University of Brașov, and a master’s degree in 2016 from the same higher education institution.

On the other hand, PM Florin Citusaid that he did not appoint anyone to replace Octavian Berceanu, but his  duties were delegated to the deputy chief.

“Mr. Berceanu was appointed  based on a political algorithm and I did not dismiss him. In fact, his political support was withdrawn when USR PLUS withdrew from the ruling coalition, as was the prefect of Bucharest, Mr. Berbeceanu, when the new coalition came because this was the political algorithm. At this moment, all those who were appointed politically, when their political support was withdrawn, must be replaced “, the prime minister stated.

Citu said that he would have never appointed Vasile if he had signals he was not capable to take over this position.

Polar cyclone approaching Romania, temperatures to drop to minus 20C, snowfalls and…

Iohannis: Gas from the Caspian region, “a safety net”