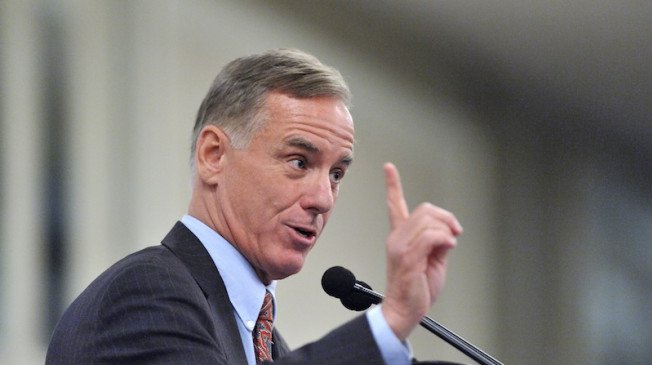 Former candidate for the White House: “Iohannis should lead the US”

Former candidate for the White House Howard Dean draws a parallel between the political situation in the US and in Romania. The politician wrote a message of admiration for Klaus Iohannis, which he said would worth be the US President.

“Romania’s president backs protesters against government. For that matter maybe Iohannis should be running the USA!!!” Howard Dean wrote on Twitter.

Howard Dean, former Governor of Vermont for six mandates and candidate for the White House in 2004, has criticized Donald Trump for the manner in which he addressed a protest at the University of Berkeley in California, digi24.ro informs.

The US President threatened to cut the budget of the institution if the students do not stop the protests that prevent a journalist from the far-right website Breitbart News to deliver a speech there.

At the European Union summit in Malta on Friday, Romanian President Klaus Iohannis said he stands by the people who protest these days in Romania against amending the criminal codes. “We have hundreds of thousands of my Romanians in the street, we must find a solution to this problem and I think we will find one,” he said.

Banca Transilvania, Proprietatea Fund, Transgaz to have the best yields in 2017

US Ambassador in Bucharest: Fight against corruption must be enhanced

American Ambassador on July 4th: The U.S. remains committed to improving the rule of…