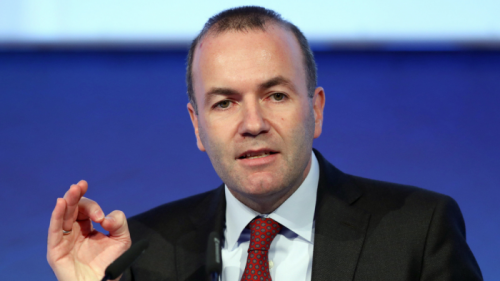 German MEP Manfred Weber, who is endorsed by chancellor Angela Merkel to take over the presidency of the European Commission, has stated on Wednesday that the justice amendments are affecting not only Romania’s bid to join Schengen area, but also the ones of Bulgaria and Croatia.

He underlined that the Schengen space brings more, not less security and that’s why he asked the European Council to take the next steps to include Bulgaria and Croatia in Schengen, arguing these countries have waited a long time and action must be taken.

At the same time, Weber asked the Romanian Government to stop jeopardizing the fight against corruption, arguing this is affecting the decision to be taken also in the case of Bulgaria and Croatia. All the three countries should have the chance to join Schengen immediately, the German MEP stressed.

In July 2015, President Klaus Iohannis asked Manfred Weber, the President of the EPP Group in the European Parliament at that time, for the EPP support regarding Romania’s accession to the Schengen area, during the talks held at Cotroceni Palace.

In April 2013, Manfred Weber accused Romanian Gov’t at that time of hindering Romania’s and Bulgaria’s entry into the Schengen area.

The Schengen accession hasn’t been successful because the Romanian government of the last three years has been dealing with constitutional issues in a counterproductive way, Weber said back then, while praising Bulgaria for its preparation for Schengen membership.

Weber said Romania and Bulgaria “always come as a package, the reason why Schengen enlargement didn’t take place lies with Romania, not with Bulgaria.”

Eugen Teodorovici: Ministry of Finance analyzes the removal of the excise duty on fuels, 5pc VAT for tourism

Romanian citizen, confirmed among the victims of Hanau attack

Ambassador Zuckerman on oligarchs in Romania: “Their ability to control…

UEFA nominates Ianis Hagi among players of the week…

Six Romanians from the “Diamond Princess”…