Resigning PM Ludovic Orban has had a meeting with President Klaus Iohanis to discuss PNL’s proposals for the PM seat. 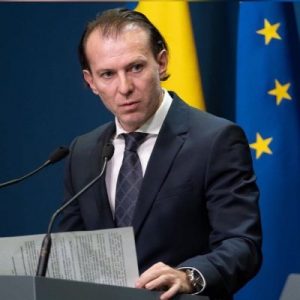 Later on, the PNL leadership has validated the proposal that the incumbent Finance minister Florin Cîțu should be nominated as the party’s proposal for the PM position. At the same meeting, the Liberals decided to endorse former PM Ludovic Orban for the seat of Chamber of deputies speaker.

Nicolae Ciucă (the incumbent interim PM) and Marcel Boloș (minister of EU Funds) had also been on the list, and MEPs Siegfried Mureșan and Dan Motreanu had been also considered.

However, the sources also revealed that Siegfried Mureșan doesn’t want the job, as he won’t give up his MEP seat in Brussels.

Another highly-regarded Liberal to take the PM office was also Ilie Bolojan, former mayor of Oradea, currently leader of Bihor County Council, but he rejected the nomination as well, arguing he wants to continue his activity in the local public administration.

The sources had also claimed that Nicolae Ciuca, former Defence Minister, has the most chances to be nominated, but it seems the President changed his mind, also probably also following  the letter he received from ActiveWatch and other six NGOs, which asked him to drop intention of appointing a military-profile person as PM.

After first vice-president of PNL, Rares Bogdan had stated that the Liberals will probably have 10-11 ministries in the future coalition Cabinet, USR-PLU- five or six ministries and UDMR two, USR-PLUS replied that the discussions about ministries rumoured in mass media “are pure fantasy”.

USR vice-president Catalin Drula has slammed the Liberal leaders who came out public to talk about the division of the ministries. “I read in the news about various Cabinet formulas. I repeat: there have been NO discussions YET between USR-PLUS and PNL, either formal or informal about ministries and forming a majority”, he stated.

Romania to host a European Agency as a first: EU’s new cyber centre

The coldest morning of this winter reported at Intorsura Buzaului

New measures to cap prices and offset energy and gas…

Romania wants to host the Winter Olympic Games in 2028