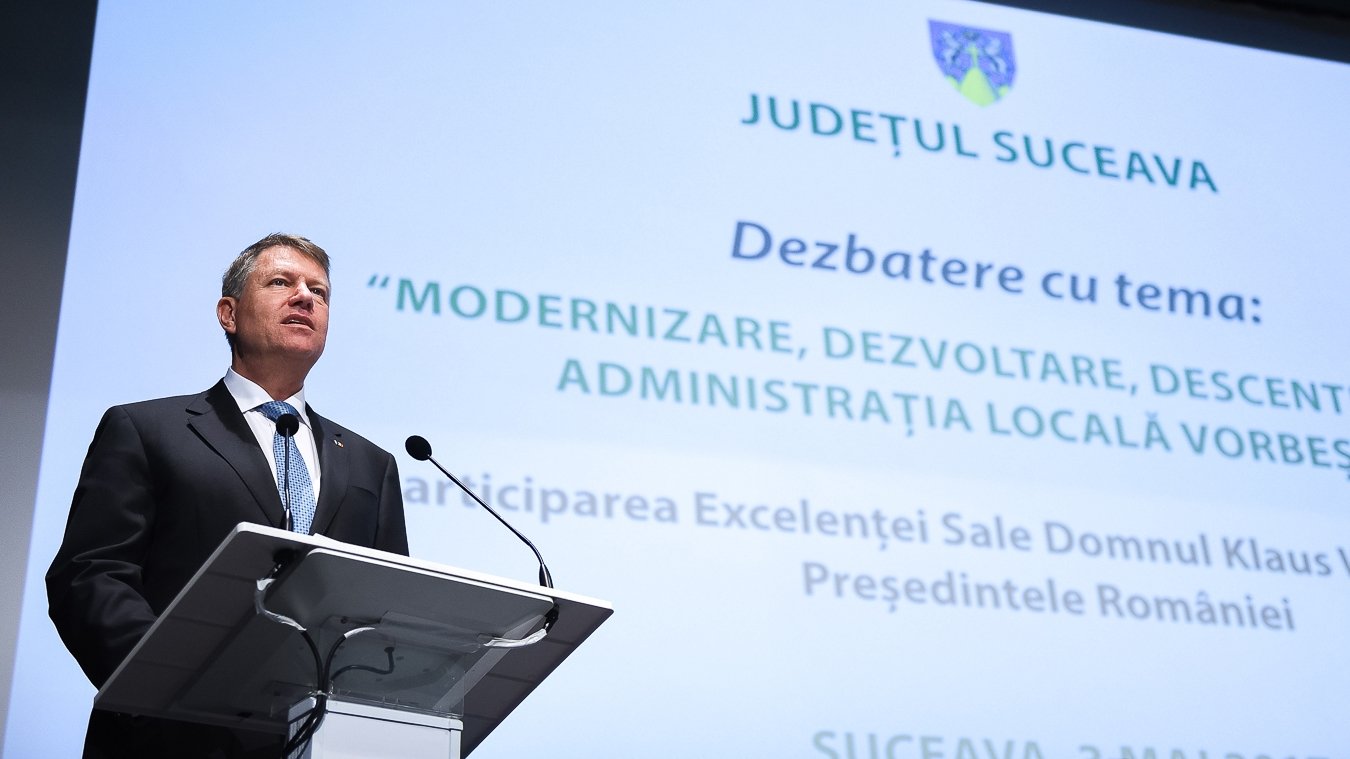 President Iohannis: Parliament needs to prioritize things. This budget exercise is the last to have as much cohesion money

President Klaus Iohannis said in Suceava on Wednesday that he is not against the parliamentary committee of investigation on the 2009 elections, but has drawn the attention that the Parliament should prioritize the topics of debate and the political-type discussions should not replace the real issues.

Asked by the press about a possible recall of the Romanian ambassador to the United States, George Maior, in the context of the inquiry on the 2009 election, President Iohannis replied that he does not want to talk about people.

“The Parliament has the freedom to set up investigative committees and talk about anything but, frankly, I think this was not the number one priority for the Romanian Parliament,” Iohannis said.

He said he does not reject such a commission, but he considers that there are more important issues that Parliament should consider.

“I have nothing against it, and I will not interfere in any way if this is what they want to do, but the Parliament and the current ruling coalition should not forget that the country has quite a lot of problems. For example, the large defence acquisitions have been in Parliament for several weeks and the issues are not being discussed, instead we are discussing the 2009 presidential election. It seems to me, however, that Parliament needs to prioritize the issues and to solve the issues needed by a deeper involvement, to find urgent solutions and, when the talks are more of political, these discussions can also be carried out, but they should not replace the real problems,” the president said.

On the other hand, President Klaus Iohannis expressed concern that Romania might no longer benefit of cohesion funds from the European Union in the next European financial year at the same level as during 2014-2020.

He believes that UK’s exit from the European Union, as well as the low level of absorption of the Cohesion Funds by Romania, will result in a lower budget allocation for this chapter.

“My opinion is that this budget exercise is the last one with as high cohesive cash. As Brexit is a reality, since we had a weak absorption rate of cohesion funds, I believe we will no longer have as many funds in the future. The more so, the money we now have we should use and strengthen their effect through proper funding through the National Programme for Local development (PNDL),” President Iohannis said.

President Klaus Iohannis said that the ‘loungers’ and bribe giving should be removed from the Romanian public administration system, while mentioning that there are people benefiting from bureaucracy.

“How can we convince mayors in communes to apply for European funds if we make them travel for hundreds and hundreds of kilometres and hundreds of days for approvals? We cannot function because there are some people who take advantage of these steps. We have to eliminate them. We have to eliminate the loungers and bribe giving from the system, otherwise we will not make any progress,” Iohannis said.

He highlighted the need for an administrative reorganization, noting that the population should not be interested in the number of regional presidents, but in the effectiveness of economic measures adopted by regional administrations.

Romania leads in the EU on adoption of the Whistleblowing Directive

President: We must learn to anticipate crises. National health system under a…

PM Citu announces getting back to normal as of June 1: “Vaccination is the only…

Bucharest seen from space by the ESA’s Copernicus…