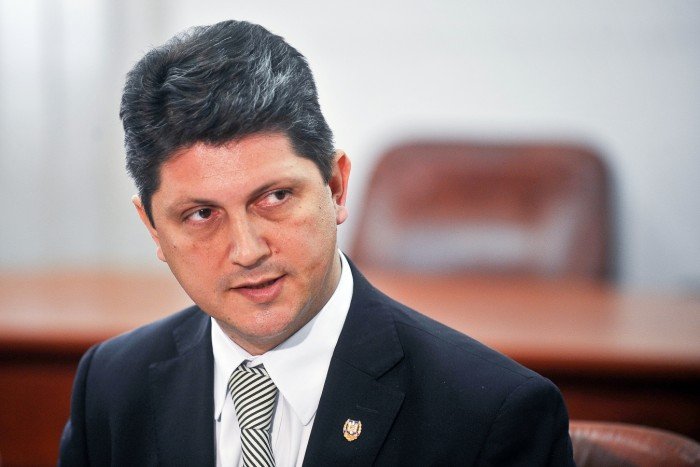 The legal committee in the Senate vetoed the anti-corruption prosecutors’s request to start criminal prosecution against former Social Democrat FM Titus Corleatean, charged with abuse of office in the Diaspora vote file.

Five senators in the committee vetoed the DNA’s request, three voted in favor while another vote was annulled.

The legal committee report will get in plenary sitting on June 21 after the Constitutional Court discusses the constitutional exception on the article stipulating the abuse of office in the Criminal Code.

The letter asking for the initiation of the prosecution against senator Titus Corlatean for abuse of office and preventing the exercise of the electoral rights, arrived in the Senate on May 16 but the procedures have been delayed by the local elections recess, although the Standing Bureau had been summoned twice.

In retort, Corlatean stated on Tuesday that he had proved with arguments that the prosecutors’ charges are “totally ungrounded”.

A month ago, the National Anticorruption Directorate chief prosecutor has asked the Prosecutor General to notify the Senate on the beginning of Titus Corlatean’s prosecution in the file of Diaspora vote in 2014. DNA accuses Corlatean of abuse of office and of preventing the exertion of electoral rights.

The DNA prosecutors accuse Titus Corlatean of “organizing the polling stations abroad in a discretionary way, thus obtaining an undue advantage” for Victor Ponta, the PSD candidate at the time.

DNA points to the fact that Titus Corlatean, as foreign minister, ignored the proposals of some ambassadors or consuls to organize the polling stations in localities which could guarantee the right to vote to a larger number of people. DNA shows that the former Foreign Minister had instead, with no documentation or justification, decided to set up polling stations in localities that were not proposed by Romania’s diplomatic missions and by consular offices, localities with smaller Romanian communities.

“I wasn’t informed by any institution. I am surprised to find out from the media about the request. No comment,” said PSD Senator Titus Corlatean. He added he hasn’t been to the Senate, so he was not informed by this forum either.

The first round of presidential elections in 2014 has led to a huge scandal triggered by the small number of polling stations abroad, tens of thousands of Romanians claiming they were unable to exert their constitutional right to vote. Titus Corlatean refused to increase the number of polling stations for the runoff, consequently resigned from the Foreign Ministry and was replaced by Teodor Melescanu.

IMF official warns: Romania is on the verge of repeating past mistakes

Romania to get over 25,000 Remdesivir vials from EC to treat Covid patients

Romania updates the list of “yellow countries” with mandatory 14-day…