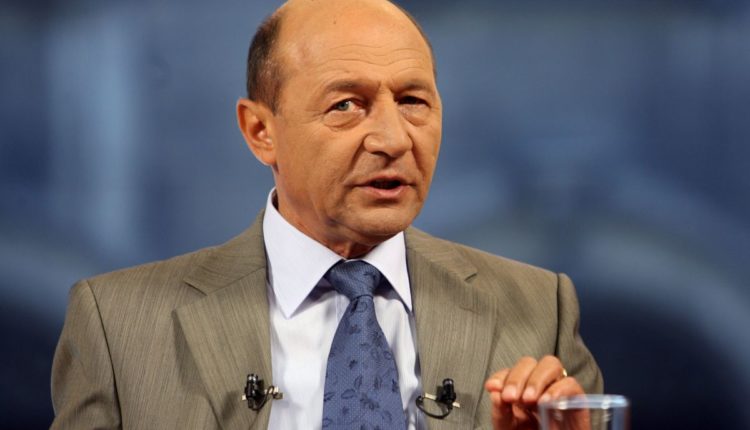 On Friday, Traian Basescu was voted as Vice-President of the Foreign Affairs Committee with the European Parliament, one of the most important committees in Brussels.

“The statement in Sibiu sounded so well! Macron and Merkel, using Donald Tusk as screen, have managed to oust the Eastern EU countries from the European Union. The penultimate legislature had Buzek as President of the EU Council for two and a half years, and now the position is held by Donald Tusk, another Pollack, currently the talks on the new list of key positions with the EU for the next 5 years reveals that there’s no Eastern European considered. The Old Europe got isolated from the easterners by setting a separate budget, now France and Germany are isolating the Eastern EU countries by rejecting any nomination of an Eastern European to the leading EU positions,” MEP Traian Basescu, former President of Romania, wrote on Facebook.

He says that among the nominated persons for EU leadership there are ‘political mediocrities’ such as Belgian Premier Charles Michel or ‘the German Defence Minister Ursula von der Leyen.’

“While the EU needs more than ever solidarity and politicians to speed up the integration processes, Merkel and Macron have drawn a thick line between the Old Europe and the Eastern EU countries. Unfortunately, the ideologist of isolating the East, the young Macron, is practicing the catastrophic vision at the expense of the future of the EU, given that he is unable to reform his own country and the elections in France showed he was defeated by extremist Marine Le Pen,” Basescu further wrote.

The Romanian MEP mentions a hidden, toxic solution within the European Union.

The former President wrote that a solidary reaction from the countries in Eastern EU is a requisite for relaunching the European construction.

“Is there anything to do to relaunch the enlarged and balanced European construction? Let’s hope so, on the requisite of a solidary reaction from the Eastern EU countries. The old ones have isolated us. And I remember that the statement in Sibiu sounded so well!” Basescu added.

US Independence Day marked in Bucharest: Ambassador Klemm, President Iohannis praise Romanians’ commitment to democracy, rule of law, expressed in the May elections

Deputy PM: Going to the mall might be conditioned by vaccination. PM: I thought all…

Hoghilag tuberose, the first flower in Romania and the…