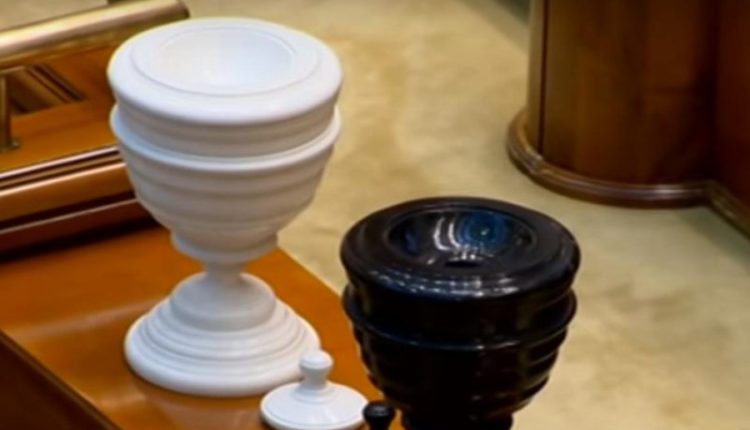 USR-PLUS counts on AUR votes to submit censure motion Moșteanu: Together we have 122 signatures

USR-PLUS is counting on the votes of AUR lawmakers for the censure motion that intend to file against Citu Cabinet. The leader of USR-PLUS deputies Ionuț Moșteanu said they have 122 signatures together. He announced a first step is to be taken in the coalition sitting on Friday, when USR-PLUS will ask PM Florin Citu to take a step back.

“If Florin Citu is hanging on the PM seat we’ll sack him in Parliament, the same way we also appointed him in office in Parliament,” said the USR-PLUS deputy.

“USR-PLUS stance is very firm and clear: PM Florin Citu has lost our endorsement to run this coalition Cabinet. I asked for a coalition sitting today, our agenda was not accepted, but there will be a coalition meeting on Friday. We’ll ask the premier to take a step back“, Ionuț Moșteanu said.

He announced if this is not going to happen, USR-PLUS will go further with the censure motion and will count on AUR. USR-PLUS has 80 signatures and together with AUR they have 122.

To file a censure motion, USR PLUS would need 117 signatures and for the motion to pas 234 votes would be needed.

“We call on PNL to make another PM nomination. We want to continue within this ministerial framework. Trading ministries or any other barters are out of the question”,  Mosteanu added.

Which are the superstar travel destinations of the fall/winter?

Historic moment. Sweden and Finland have applied to NATO. Turkey blocks the start of…

How was Sorin Oprescu caught? The former mayor was staying in an exclusive area of…