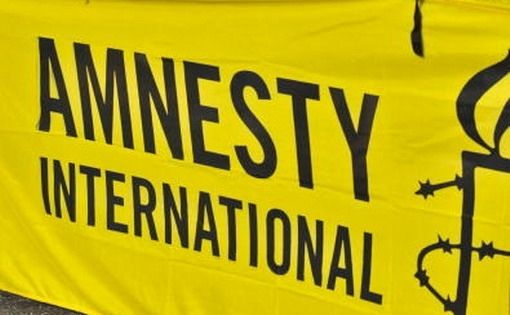 Amnesty International: Authorities must investigate allegations of excessive use of force by gendarmerie against protesters

Romanian authorities must conduct prompt, thorough, independent and impartial investigations by civilian authorities into the allegations of unnecessary and excessive use of force by the gendarmerie against participants of a protest in Bucharest on 10 August, and bring all those suspected of criminal responsibility to justice in fair trials. Amnesty International is deeply concerned about the allegations of the indiscriminate use of chemical irritants while dispersing the demonstration and the announcement of the authorities that the investigation would be conducted by the Military Tribunal, a release issued on Monday informs.

According to media reports, dozens of thousands of protesters gathered on 10 August in front of the government building in Victory Square in Bucharest to request the resignation of the current government. During the afternoon and evening of the day, there were reports of serious violent clashes between protesters and the gendarmerie, with photographs and videos showing several episodes of possible excessive use of force by law enforcement officials. According to media, some of the demonstrators threw bottles, stones and firecrackers at the gendarmes. In response, the gendarmes intervened with batons, indiscriminate use of water cannon and tear gas, and eventually fully dispersed the entire assembly emptying the square at around 11pm after using water cannon and tear gas directly against the crowd, the release reads.

The Romanian Minister of Interior and the Gendarmerie publicly stated that the force was used lawfully by law enforcement officials. The authorities stated that the clashes, which occurred during the afternoon and the night of 10 August, were caused by groups of “dangerous hooligans” and not peaceful protesters, and that the use of force was justified by the provocation. The authorities have said that the gendarmes acted in self-defense and to restore public order. The Gendarmerie further stated that the intervention was gradual and proportionate with tear gas being used first, followed by legally foreseen light signal warnings, and eventually the evacuation of the square. In the press conference held by the Gendarmerie on 11 August, authorities stated that extraction of the violent individuals and groups was impossible as the crowd was not cooperative to enable the law enforcement’s action to contain the violence. The authorities admitted to have used tear gas indiscriminately, but argued that the use could not have been limited to only parts of the crowd as violent groups were spread throughout and that they had to restore the public order.

According to preliminary figures on injuries and sanctions provided by the authorities on 11 August, 452 people required medical attention with 70 taken to hospitals; 35 gendarmes needed medical attention, including 11 who were transported to hospitals. At least 8 criminal cases have been opened against demonstrators and 23 individuals were fined for minor offences.

The authorities also announced that the Military Tribunal has opened investigations into the allegations of unnecessary and excessive use of force by law enforcement agents during the dispersal of the protest.

Amnesty International remains seriously concerned about the allegations of disproportionate and indiscriminate use of chemical irritants by the Gendarmerie during the 10 August protest, which may contravene Romania’s obligations under international law.

According to international human rights law and standards, the use of force during assemblies must strictly comply with the principles of legality, precaution, necessity, proportionality and accountability. Law-enforcement officials have an obligation to avoid or minimize the use of force while policing demonstrations, which should be used as the last resort even in situations where assemblies involve acts of violence, and only when necessary and proportionate to a legitimate aim.

Chemical irritants during assemblies may only be used for the purpose of dispersal and only when the level of violence has reached such a degree that law enforcement officials cannot contain the threat by directly targeting violent persons only. Tear gas or water cannons may only be used when people have the opportunity to disperse and not when they are in a confined space or where roads or other routes of escape are blocked. The authorities must first issue clear warnings that these means will be used and people must be allowed sufficient time to disperse.

The Romanian authorities must guarantee that the investigations into such allegations are carried out in a thorough, impartial and independent manner to unmask any wrongdoing and ensure that all those found to have violated human rights are brought to justice and held accountable. If sufficient evidence exists, those suspected of criminal responsibility should be prosecuted in proceedings that meet international fair trial standards.

Amnesty International is concerned about the decision of the authorities to conduct such investigation by the Military Tribunal. Under international standards, military tribunals must be limited to trying military personnel for breaches of military discipline and should not have competence over crimes under international law or other human rights violations.

Amnesty International urges Romanian authorities to ensure that the investigation into allegations of unnecessary or excessive use of force during the protests of 10 August are conducted by civilian authorities in a thorough, impartial and independent manner. Furthermore, the authorities must respect and protect the right to peaceful assembly and ensure that people are allowed and enabled to express their views and opinions peacefully. In the context of the continuing protests in Bucharest, the Romanian authorities must ensure that all security forces policing demonstrations comply at all times with international human rights law and standards, including the UN Basic Principles on the Use of Force and Firearms by Law Enforcement Officials, the release concludes.

PNL, PSD amended the law on sex education in schools, teaching to be done only with…

A Romanian became the oldest man in the world after…

Europeans more concerned over health than over financial…