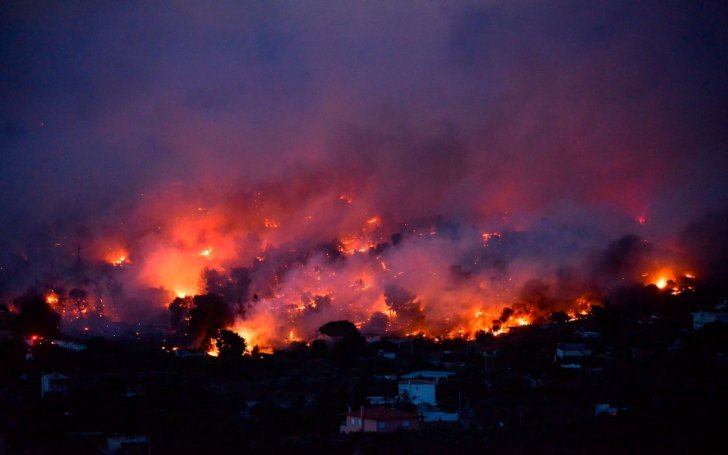 Catastrophic wildfires in Greece, at least 74 people dead, including tourists. MAE issues travel warning, no Romanians among victims so far

Flames fanned by strong winds devastated the seaside village of Mati, devouring homes and cars. Rescuers found the bodies of 26 adults and children who had apparently hugged each other as they died, trapped by the inferno just metres from the sea, bbc.co.uk reports.

The Romanian Foreign Affairs Ministry (MAE) has issued a travel warning for Greece. MAE underlines that the weather forecast says the weather will worsen during July 24-26, with strong storms along will hail and drop in temperature.

“The Romanian citizens can request consular assistance at the Romanian Embassy in Athens: +302106728879 si +302106728875, the calls being redirected to the Contact Centre for Support of Romanian Citizens Abroad and taken over by the non-stop Call Centre operators,” MAE further informs.

International media report that Greek PM Alexis Tsipras has returned urgently from a visit in Bosnia Herzegovina and issued a decree for three days of national mourning.

A C-27 J Spartan aircraft and a C-130 Hercules aircraft, as well as 20 military, members of the crews and auxiliary staff has taken off to Greece today at 10:00 from the Otopeni Air Base 90, Ministry of Defence announced.

The C-27 J Spartan, which is designed as a fire-fighting aircraft, and C-130 Hercules sent for logistics support, are made available by the Romanian Ministry of Defence, within the EU civil protection mechanism that coordinates the response to natural disasters and man-made disasters in the European Union.

IIF Report: Romania will have a real GDP by 4pc higher next year against 2018

PM Dancila takes three-day tour in the Western Balkans. Meetings with officials in Montenegro and Macedonia

Romania, at the top of vaccination, ranks 6th in the EU, 16th in the world

ECHR sentences Romania for violating the right to…

Switzerland compelled by ECHR to pay damages to a beggar…