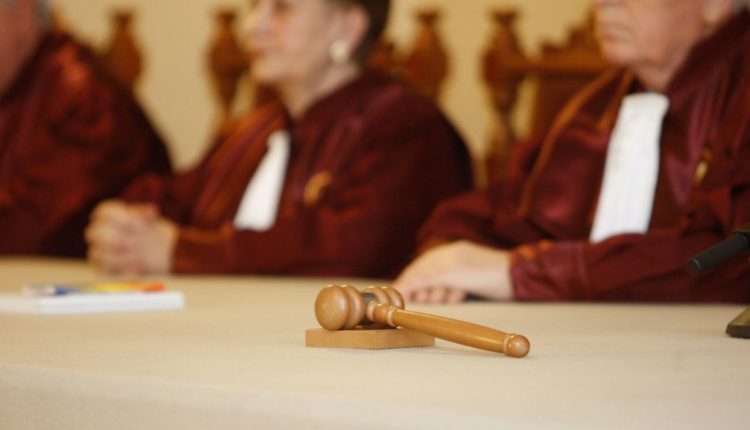 CCR rejects initiatives to amend the Constitution: Amnesty and pardon of corruption cannot be banned

The Constitutional Court has rejected on Thursday both legislative initiatives to review the Constitution, filed by the Opposition (PNL-USR) and by the PSD-ALDE ruling coalition.

The CCR unanimously decided that amnesty and pardon for corruption offenses cannot be banned because it would exceed the limits of the Constitutional review.

The Constitutional Court thus decided that it should be left to the legislator to determine who is subject to amnesty, officials of the institution said.

Now, the two constitutional initiatives for review are to be submitted to the Parliament again, without the provisions declared unconstitutional.

On July 1, the Opposition parliamentary parties PNL-USR submitted to Parliament the draft amendment to the Constitution, which transposes the outcome of the May 26 referendum.

Thus, according to the draft, amnesty or pardon for persons convicted for corruption offenses are banned, individual pardon by the President for such offenses is also banned, with the criterion of integrity for public offices will be provided by the Constitution.

Also at the beginning of July, PSD-ALDE submitted to the Chamber of Deputies a draft initiative to review the Constitution, which provides for the ban on public functions for persons sentenced to imprisonment, as well as extending the right to refer to the CCR the emergency ordinances.

ALDE leader Calin Popescu Tariceanu argues that the CCR decision is serious and cannot remain without consequences. He calls for the resignation of President Iohannis.

“The decision was made unanimously, 8-0! This explains everything about the initiative of Mr. Klaus Werner Iohannis. The CCR decision is very serious and cannot remain without consequences. It reveals that President Klaus Iohannis has drawn the people into a foolish adventure, dragging it in a game against democracy itself. Amnesty and pardon – clemency to people in special situations – are measures born with the history, thousands of years ago and nobody dared to touch them, not even the communists,” Tariceanu wrote on Facebook.

He argues that the head of state had been warned that the legislative initiatives are besides the Constitution, but nothing stopped him from going on the way of satisfying his selfish political-electoral interests.

He added that the Parliament has observed the vote on May 26 and has proposed draft bills to put in practice Iohannis’ wishes.

In the end, Tariceanu wrote that for the “serious attempts to divert Romania from the universal rule of law, President Iohannis should immediately resign from office. Immediately, meaning immediately!”

PNL’s Raluca Turcan says decision is odd, seems to be in favor of criminals

PNL deputies’ leader Raluca Turcan considers that the CCR decision is “odd” and “seems to be in favor of criminals”, and mentions the need for a debate on the reorganization of the functioning of the Constitutional Court.

“The odd CCR decision, again seems to be in favor of the offenders. As in the previous one, by which, at the request of Florin Iordache, the great criminals have won. PNL does not give up transposing the referendum vote into law. The 6.5 million votes cannot be ignored. We are waiting for the CCR reasoning and we will submit again the draft to Parliament without the criticism from the CCR,” Raluca Turcan wrote on her Facebook page on Thursday.

The leader of the PNL deputies says a debate by the society is needed regarding the reorganization of the functioning of the CCR.

USR chairman Dan Barna has slammed the CCR judges, saying they are “the spearheads of the criminals in the Romanian politics”.

“The CCR ruling today is totally running contrary to the Romanians’ will expressed in the referendum of May 26. USR will keep on fighting in Parliament to transpose the results of the referendum into law and to adopt the civic initiative <No Criminals in Public Offices>, which has 1 million signatures and has already been declared constitutional”, Barna pointed out.

He underlined that the CCR decision today is ignoring the vote of over 6.4 million Romanians, arguing “the constitutional judges have proved, once again, that they are the spearheads of the criminals in the Romanian politics, by leaving the door open for them to vote amnesty and pardon for the corruption crimes.”

Europa League: FCSB and Universitatea Craiova through to second qualifying round

Victor Pițurcă was released: “I have nothing to do with this”. His son…

The cities with the most educated Romanians

Hungary, the most corrupt country in the EU, study says. Where does Romania rank?

Victor Pițurcă was released: “I have nothing to do…

OMV gets away with the energy solidarity tax this year,…