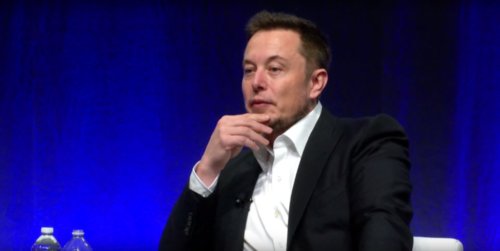 Elon Musk finds out similarity between Romania and Chad

“Why aren’t more people talking about this!?“, reads Musk’s tweet.

Many followers replied to him that it is not something unusual that some countries have similar flags, with only small differences in the undertones of the colours or the order of the colours.

Romania’s tricolor flag-blue, yellow and red- has vertical stripes. It dates back to 1861.

Chad has adopted the same flag in 1959 when became independent from France. The African state had initially chosen green, yellow and red, but Mali had the same tricolor, so Chad replaced green by blue.

Other countries that have similar flags are Indonesia and Monaco, while some have the same colours but the reverse order: Ireland and Ivory Coast, Mali and Indonesia, among them.

New school year kicks off amid lack of infrastructure and controversial decisions. President Iohannis: “Some politicians are afraid of school”

The cinema of the future, the thematic section of Animest.14: VR cinema & Yesterday Will Be Tomorrow

New rules for citizens entering Romania. Who must be quarantined or isolated?

Health minister: State of alert might be extended after July 15, too

8km-queue at the only Bulgarian-Greek border crossing point