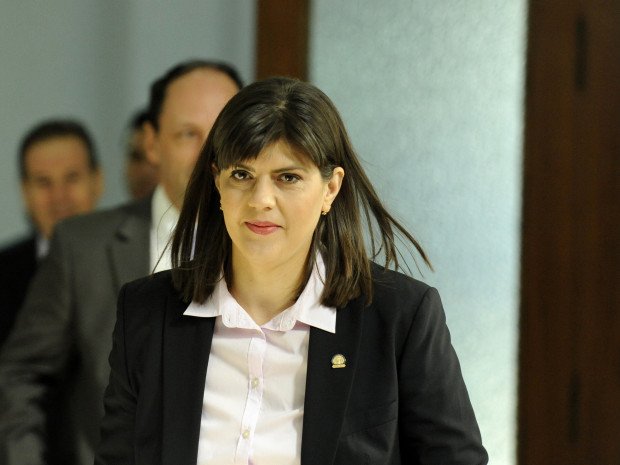 Laura Codruța Kovesi has won at the European Court of Human Rights (ECHR) the lawsuit where she appealed against the decision of the Romanian court to dismiss her from the helm of the National Anti-corruption Directorate (DNA).

ECHR has ruled that Kovesi’s right to the freedom of speech and the free access to justice had been violated when she was removed from the position of DNA Head by the ex-minister of Justice, Tudorel Toader, without being able to defend herself.

The former DNA chief prosecutor has referred her dismissal to ECHR at the beginning of 2019.

“The applicant complained that she had been denied access to a court to contest the premature termination of her mandate as chief prosecutor of the National Anticorruption Directorate. She also complained that her mandate had been terminated as a result of the views and positions that she had expressed publicly in her professional capacity concerning legislative reforms affecting the judiciary. She relied on Articles 6 § 1, 10 and 13 of the Convention,” reads the ECHR judgement.

Kovesi was represented by N.T. Popescu, a lawyer practising in Bucharest. The Romanian Government (“the Government”) were represented by their Agent, Mr V. Mocanu of the Ministry of Foreign Affairs.

“(…) Keeping in mind the paramount importance of freedom of expression on matters of general interest, the Court is of the opinion that the applicant’s removal from her position of chief prosecutor of the DNA did not pursue any of the legitimate aims listed in Article 10 § 2 and, moreover, was not a measure “necessary in a democratic society” within the meaning of that provision. 212. Accordingly, the Court concludes that there has been a violation of Article 10 of the Convention,” ECHR says.

The ECHR recalls in the judgement the entire background prior to Kovesi’s dismissal, starting with the parliamentary elections held in Romania in December 2016 when PSD came to power, also referring to the controversial amendments of the Criminal Codes that prompted wide mass protests across Romania in the February  2017.

“After the parliamentary elections which took place on 11 December 2016 a new parliamentary majority was formed and a new government was established in January 2017. 10. On 31 January 2017, the newly formed government adopted an emergency ordinance which modified certain provisions of the Criminal Code and the Code of Criminal Procedure (Government Emergency Ordinance no. 13/2017). The main amendments brought in by the Ordinance concerned the decriminalisation of abuse of office committed on the occasion of approval or adoption of all types of legislation when the damage was lower than 200,000 Romanian lei (ROL – approximately 44,000 euros (EUR)) and a lower punishment for the said crime when the damage was higher than the ROL 200,000 threshold. The Ordinance also provided for the decriminalisation of all acts of aiding and abetting committed by relatives up to the second degree. 11. The adoption of the above ordinance generated demonstrations of protest throughout the country and internationally. 12. In this context, on 2 February 2017 the DNA issued a press release informing the public that a complaint had been lodged concerning the manner in which certain pieces of legislation had been adopted and that checks were being conducted in that connection.”

The European Court also described how the former government and the former justice ministers during 2017-2019 had waged a war to toppled down Kovesi from the DNA’s helm.

“On 23 August 2017 the Minister of Justice announced that a thorough reform of the judicial system was being planned. Subsequently, on 27 September 2017 Parliament decided to create a special parliamentary commission with the purpose of recommending changes to certain legal provisions in the field of criminal and civil law and justice. “

“On 23 February 2018 the Minister of Justice sent the CSM a document entitled “Report on managerial activity at the DNA” (“the Report”) which included a proposal for the applicant’s removal from her position”, where the minister  was practically asking to remove Kovesi from her position as chief prosecutor of the anti-corruption watchdog.

The second case concerned Constitutional Court decision no. 611 of 3 October 2017, in which the court concluded that there was a constitutional conflict between the Romanian Parliament on one side and the public prosecution office on the other, generated by the applicant (Kovesi)’s refusal to appear before the Special Investigation Commission established by Parliament in order to investigate aspects concerning the organisation of the 2009 presidential elections. The Constitutional Court held that the applicant, in her capacity as chief prosecutor of the DNA, had refused to comply with three summonses to appear before the above-mentioned commission and informed the Commission in writing that she did not know of any aspects which might serve for the parliamentary investigation in question. The Constitutional Court considered that the applicant’s conduct – more specifically her failure to reply to two specific questions addressed by the commission – had blocked the activity of that commission.

” On 16 April 2018 the President of Romania gave a press statement in which he explained that in view of the lack of endorsement from the CSM and owing to the unconvincing reasons put forward, he would not sign off on the proposal to remove the applicant from her position submitted by the Minister of Justice. 56. On 23 April 2018 the Prime Minister lodged with the Constitutional Court an application to resolve the constitutional conflict firstly between the Minister of Justice and the President and secondly between the Government and the President, caused by the President’s refusal to follow up on the request for removal of the chief prosecutor of the DNA. In the application it was stated that in the procedure for appointment and removal of chief prosecutors the main role is held by the Minister of Justice, while the President, who does not have the right to veto such a proposal, is obliged to sign off on the proposal. “

Constitutional Court confirmed the existence of a constitutional conflict and ordered the President to sign off on the decree for the applicant’s removal from her position as chief prosecutor of the DNA. The decision was published in the Official Gazette on 7 June 2018, the date on which it became final and generally binding.

Kovesi: Ruling enhances the statute of all magistrates in Europe

Laura Codruta Kovesi said in retort that the ECHR ruling “is enhancing the statute of all magistrates in Europe” and “represents “a symbolic amend for all magistrates who have been harassed in the past year”.

“This ECHR ruling is enhancing the statute of all magistrates in Europe, while defending them against discretionary political interference from the representatives of other powers in a moment when the independence of those investigating corruption or other serious crimes is questioned in several places and in several ways”, Kovesi told Biziday.

She added she had not requested money as compensation for she considered the ECHR ruling is enough as remedy.

Romanian CCR chief Dorneanu after ECHR ruling: I have no feeling

A former Social Democrat party member, Valer Dorneanu, currently president of the Romanian Constitutional Court (CCR), has retorted that he has no feeling towards Kovesi’s winning the case at ECHR.

“I have no feeling, not of joy, of anything. I won’t make any comment. The statute doesn’t allow me to make public statements regarding the ruling of one of the three big courts. You can imagine, I cannot comment such a ting (…) Others will make comments about us, it’s obvious, this is why we have a democracy“, Dorneanu told Hotnews.ro when asked to comment the ECHR decision.

“The European Court of Human Rights issued a decision today that reemphasizes the paramount import of the rule of law in a democracy. Without recourse to a free and independent judiciary there is no freedom or democratic process. The Court ruled today that Laura Codruţa Kövesi was wrongly terminated as head of the DNA.  President Klaus Iohannis praised the decision. We agree with President Iohannis that Ms. Kövesi’s fundamental rights were infringed upon and that free access to justice and freedom of expression are essential values of a democratic society. This decision is an admonition against political interference in judicial matters to avoid criminal prosecution.  The United States will always support the principles of democracy, fundamental human rights and the rule of law.  As a recipient of the 2014 U.S. Embassy’s Woman of Courage award, Ms. Kövesi, now head of the European Public Prosecutor’s Office, exemplifies the values of courage, justice and honor.  We commend her again today. The U.S. will continue to support the independence of the Judiciary and Prosecutors to combat corruption with all available tools.”

Former CCR Head Augustin Zegrean stated that the ECHR ruling in Laura Codruta Kovesi’s case is “a restorative one” from which politicians and those who are temporarily in office should understand that they should observe the law. “From this ruling one must understand that not even the president cannot do whatever he wants in this country, but he must do exactly what the Constitution says, for, after all, the President is the one who dismissed her from the position, with breaking the law”, Zegrean told Hotnews. He added the ECHR ruling is an amend to Kovesi.

Current PM Ludovic Orban said that Romania’s Constitutional Court had compromised itself after the ECHR ruling on Kovesi. Orban opined that the Kovesi case is not the only one ruled by CCR, adding that the ECHR decision proves that the re-assessment of the way the national constitutional court is made and is working is needed. Orban said that magistrates must revise the ruling that compels Romania’s President to issue a decree as the Constitutional Court considers.

Former Justice minister Ana Birchall, initially member of PSD, but ousted from the party after repeated criticism against Social Democrats, pointed out that the ECHR ruling is “a devastating red card for the CCR President, Valer Dorneanu, but also for all judges who endorsed and voted the CCR ruling in 2018.”

Historic moment. Sweden and Finland have applied to NATO. Turkey blocks the start of…

Romanian drivers are least likely to have their vehicle stolen, study finds

How was Sorin Oprescu caught? The former mayor was staying in an exclusive area of…