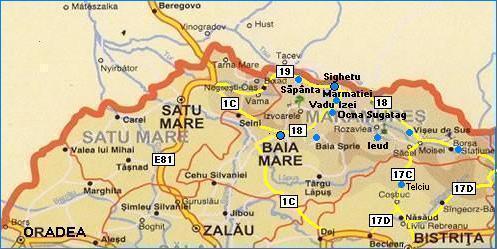 ‘Northern Transylvania Province’ follows suit the ‘Western Alliance’, to be set up by mid-January for regional economic development

Several localities and county councils in the counties of Maramures, Satu Mare, Salaj and Bistrita want to launch, by January 15, 2019, an association called ‘Northern Transylvania Province’ with the aim to consolidate the state by the region’s economic development.

Baia Mare city mayor Catalin Chereches, the initiator, argues the ‘Northern Transylvania Province’ is not meant to become a replica of ‘Western Alliance’, as it does not have any political inclination, ziare.com reports.

“We will launch, by January 15, 2019, the ‘Northern Transylvania Province’, as association of the county councils in Maramures, Satu Mare, Salaj and Bistrita-Nasaud counties, of the mayors from Baia Mare, Satu Mare, Zalau and Bistrita, along with the town mayors in the four counties. Our purpose is to consolidate the Romanian state by the economic development in the region towards global competitiveness.  We don’t want to be a replica of ‘Western Alliance’, our project has no political inclination, we only want to develop Northern Transylvania. With this project we want to have relevance at regional and national level, but also to build something worth for Europe and to support the European approach, for example, to bring Ukraine closer to stability and balance,” Chereches said.

The Baia Mare mayor argues there will be no president, this would be a collegial structure with the purpose to launch on public debate for two weeks the projects under discussion and everyone has the right to vote with the means of IT systems.

“The launch will take place in Bucharest, followed by another one in Brussels,” Chereches said.

He added the association supports the development of road and rail infrastructure, based on prefeasibility and feasibility studies conducted on own funds to be approved by the Bucharest authorities, with the strategic projects launched in Brussels. 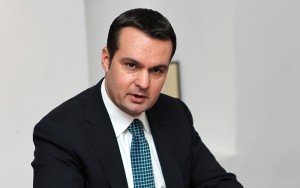 “First of all we envisage a speed road or a motorway to connect Baia Mare to Satu Mare, with an additional metropolitan belt in Baia Mare, then to go on with the road towards Baia Sprie and Sighetu Marmatiei, in order to develop the small towns as well. We also want a road bridge to connect Romania to Ukraine, then the speed road Baia Mare-Zalau and further to the crossing with Transylvania Motorway. We envisage road and rail infrastructure towards Bistrita,” mayor Chereches said.

On December 8, the mayors of Timisoara – Nicolae Robu, Cluj-Napoca – Emil Boc, Arad – Gheorghe Falca and Oradea – Ilie Bolojan signed the establishment of the Western Alliance, an initiative which targets to draw up funds from the EU budget in view of economic development.

On Monday, the mayor of Resita, Ioan Popa, said that he intends to take the necessary steps for the city he leads to join the four cities that will form the Western Alliance.

On Tuesday, Iasi mayor Mihai Chirica expressed interest in an association with the Western Alliance, saying he has written to Emil Boc, the mayor of Cluj to propose a “trans-Carpathian association” since early November.

In her turn, Sibiu mayor, Astrid Fodor said that the Western Alliance could be interesting also for her city.

Code yellow alert of wind and blizzard in some areas