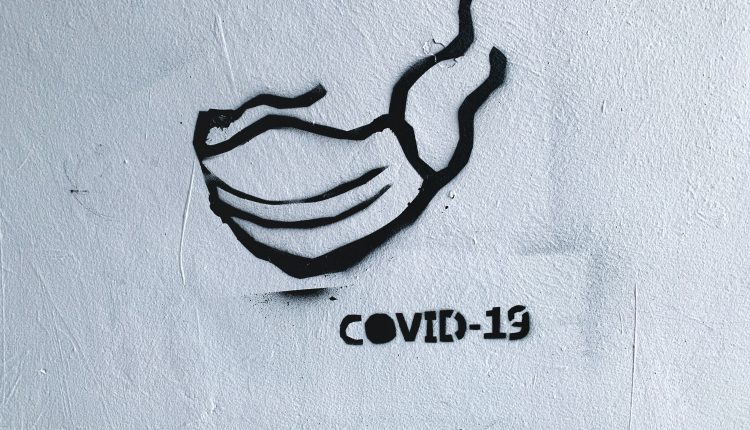 Only 2pc of Romanians are anti-mask deniers, survey says

According to a survey conducted by IZI Data in August, 7 in 10 Romanians from urban areas agree to wear face masks.

Despite anti-mask debates lately, the study shows that only 2 percent of the Romanians from urban areas are against wearing face masks and who refuse to wear them (the so called deniers).

“Only 2% of the Romanians in the urban areas and anti-mask deniers, but 1 in 5 Romanians do not agree with wearing face masks. Despite the anti-mask debates and protests, visible in mass media and social media lately, a marginal percent of the urban population is fitting though into the extreme denier typology. We can say that a vocal minority is drawing attention on this issue more visibly than those almost 80% who agree to wearing masks. The silent majority is the one that matters, besides our seldom distorted perceptions, but the share of those who don’t believe that the mask is a necessary measure is yet signification, considering that our study has surveyed only the urban population that has Internet access, who is more educated on the average than the total Romanian population“, explained Silvia Luican.

Besides deniers, there is another category (up to 20%), the conformists, the ones who don’t agree to the face mask and still they wear it.

However, a significant number of Romanians are in the responsible category, with 7 in 10 Romanians from the urban areas stating that they agree to wearing face masks and actually wearing them.

A fourth category in the study is the one of negligent (12%) who don’t wear face masks although they agree to it. 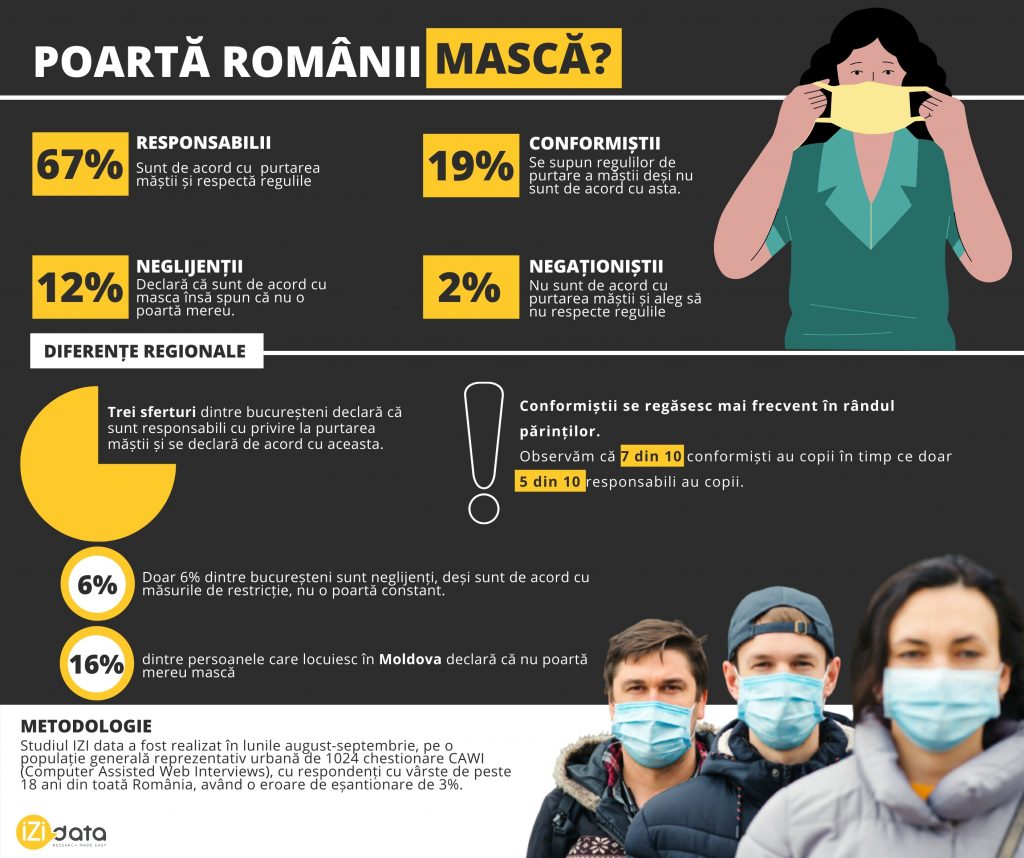 There are no age gaps between the categories, however, the responsible ones are “more highly educated” than the others. So, 51% of the responsible ones have a higher degree or a master degree, as against 34% of he conformists. 85% of the deniers have average or lower education, but the size of this group is reduced anyway.

Bucharesters are responsible when it comes to wearing masks

As for the region gaps, only 6% of the Bucharesters are negligent. Most of the ones agreeing to the face masks but who don’t wear it all the time are from Moldavia (16%) and Muntenia (14%).

Three quarters of Bucharesters are responsible when it comes to agreeing with the face mask and to wearing it.

The conformists are more frequent among parents. 7 in 10 conformists have children, while only 5 in 10 responsible have kids.