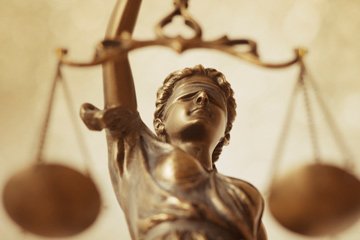 Prosecutors: Doctors’ tests in Suceava were delayed due to other people’s discretionary testing

Prosecutors have opened a criminal file for foiling disease control in Suceava after the county hospital and the entire county had become the epicenter of the coronavirus cases in Romania, with hundreds of doctors, nurses and patients infected. Prosecutors argue the infections had come after the aggravated deeds of abuse of office and forgery allegedly committed by the county’s health authorities and by the hospital management.

New outraging details have come up on Tuesday, with prosecutors talking about people who were tested before doctors , nurses or patients although they were not suspect of COVID-19, while the samples collected from the hospital’s employees had been delayed in being sent to the labs.

Moreover, another irregularity shows that people who tested positive for COVID-19 would not have been admitted at the infectious Ward of the hospital, hence the massive infections in the hospital.

Investigations have been extended after prosecutors had found out that some patients had died at the Sf. Ioan County Hospital of Suceava before being tested for coronavirus.

“At this moment there are clues that these deaths are related to the illegal activity of the public healthcare authorities (staff in the hospital, as well within the Suceava Public Health Direction). These employees have not complied with the measures to prevent and limit the transmission of the novel coronavirus during January-March 2020“, reads the prosecutors’ press release.

Mass media reported few days ago that the leader of Suceava County Council, Gheorghe Flutur, who was though confirmed positive with COVID-19, would have been tested as a priority after he had been put on a testing list as “a doctor”. A similar case was the wife of the suspended hospital manager, Vasile Rimbu, who was tested before others, being on a 500-person list as “a nurse”.

Suceava county has been placed under total lockdown on Monday night. Hundreds of doctors, nurses and patients have got infected with cooronavirus at the county hospital. At least 30 patients previously admitted there and confirmed with COVID-19 died.

“Considering the serious deficiencies determined at the hospital during the state of emergency caused by COVID-19 pandemic, which are meant to cancel any previously gained merits, President Klaus Iohannis has withdrawn the Medical Merit order awarded to the hospital“, says a press release by the Romanian Presidency.

reIMAGINE.ro, the e-hub where #together we re-adapt

Two Romanian teen girls in the footsteps of Greta Thunberg, fight for climate…

Two Romanian teen girls in the footsteps of Greta…