Romania participated in the Global Sentinel 2022 exercise, organised by the US to increase cooperation in the field of space security

From 25 July to 3 August 2022, Romania participated in the multinational exercise Global Sentinel 2022 (GS22), organised by the United States Space Command (USSPACECOM) at Vandenberg Space Force Base, California. The Romanian delegation included specialists from the Romanian Space Agency (ROSA), the Astronomical Institute of the Romanian Academy (AIRA), the Institute of Space Science (ISS) and a representative of the Ministry of National Defence (MApN) from the Military Space Agency.

The event focused on increasing interoperability in Space Surveillance and Tracking (SST) and consisted of simulations of specific missions such as re-entry into the Earth’s atmosphere, collisions between artificial space objects, fragmentations, manoeuvres and Anti-satellite weapons tests (ASAT). The main objective of this event was to collaborate and coordinate between operational centres in order to assess the risks of space-based SST, from planning astronomical observations, space object detection, data processing, to risk analysis and corrective actions.

RO SpOC was part of a regional group (TRANSGLOBAL) together with Poland and Canada, with the Canadian SpOC as regional space operations centre. Each participating nation was asked to support a regional multinational space operations centre to command and control their space situational awareness sensors to detect, monitor and track objects in orbit. They were also asked to respond to scenarios, designed to model real-world events requiring multinational cooperation. RO SpOC contributed to collision, fragmentation and re-entry analysis missions, as well as to anti-satellite test scenarios or in-orbit manoeuvres, with both observational data and specific analyses, performed in time for use in simulations. 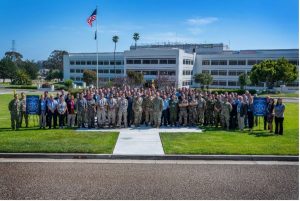 This event, although not at its first edition, had many firsts: the first with 25 nations, the first to employ multinational regional Space Operations Centres, the first to allow national tools. But the most important results have been the partnerships and camaraderie forged between participants. Also, for this year’s new nations, including Romania, participation in the event gave the opportunity to witness top space specialists conducting space operations and learn from the best what space awareness entails, as well as provided access to essential equipment and data. Last but not least, it was an important occasion to learn how space specialists can train better.

“Global Sentinel builds partnerships and reinforces our international commitment to safe and secure space operations, and it is only expected to grow”, said Michael Syintsakos, Global Sentinel director, thus underlining once again the main purpose of the event — multinational collaboration.

“Strengthening our relationships with allies and partners is crucial to maintaining a secure, safe and sustainable space environment,” said Morrissey. “To this end, we are expanding our network of partner nations, international organisations and commercial entities. We are focused on enhancing our interoperability with allies and partners and sharing information that brings situational awareness, mutual support and technological innovation to the space enterprise.”

Bucharest is the best city for GPS signal, data reveals