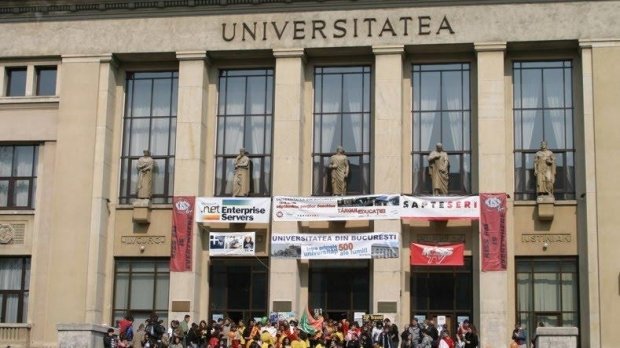 Scandal at Bucharest University! Students wearing Islamic veil, sent out of the class

Scandal and accusations of discrimination at Bucharest University! Two students of Muslim religion who came up wearing traditional veils were sent out of the class.

The girls are with refugee families from Syria and claim that Professor Florin Diaconu told them they will not pass the exam if they come with hijab on their heads, antena3.ro informs.

The scandal has now reached the National Council for Combating Discrimination.

Professor Florin Diaconu wrote on his blog, following the incident:

“I found out yesterday in one of my courses that a girl was wearing an Islamic veil. Not a burka, which completely covers the head, including the face, but rather something that resembles what we commonly call hijab or al-amira. (…) To my obviously benign question, I say, outside the classroom, about the possibility that the person in question might consider, even as a mere working hypothesis – if it is necessary to display the faith, I received, instead of a response, a series of shouts. With the few words she knows in Romanian, the person in question – relatively recently arrived in Romania, as a refugee or asylum-seeker – told me, among other things: ‘I have rights!’. Perfectly true. She has rights, of course, like any other asylum seeker or refugee; I know that too. But I also have rights, not only her. (…) It seems to me, therefore, that religion and religious symbols of any kind – I emphasize, of any kind – have no place in state institutions. Because, I repeat, the Romanian state, even if it is not secular, is no theocracy. Not Orthodox, not Catholic, nor Reformed, nor Israeli and, of course, not Islamic.

Therefore, I think religious symbols of any kind need not be displayed or seen in buildings in which state institutions work. (…) As I am free to practice exactly any religion I want to (as it is written in the Constitution), so they too have the right to do exactly the same thing – respectively to practice their religion. Without ostentation and without disturbing me, but in any way, for the good reason that I do not disturb them with my beliefs. (…) Under these conditions, I would greatly enjoy seeing – if possible – a burka or a hijab when I have the classes, for the simple reason that I do not hang several icons and candles, or burn incense,” Professor Florin Diaconu wrote on his personal blog.

Collective layoffs at one of the largest companies in Romania

Tarom, losses 5 times higher than estimates. Layoffs on the way