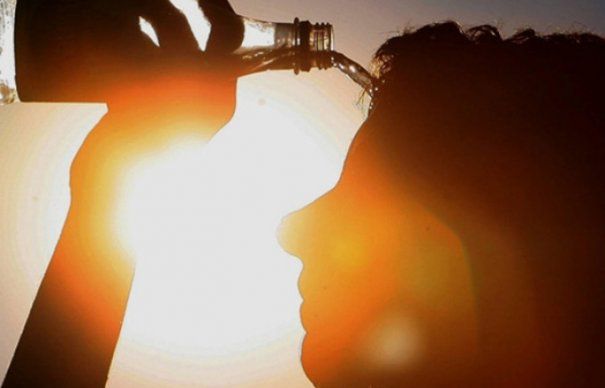 Special weather forecast for heat in Bucharest, code yellow for storms in the country, heat wave to hit Europe

There will be hot in Bucharest this weekend, with temperatures climbing to 32C. The heat will be yet dubbed by storms, thunderstorms and strong wind.

On Friday, there will be 30-32C in the Capital, but rains will prevail in the evening, with showers, storms and hail ahead. the minimum temperature will fall down to 17-19C.

On Saturday, the weather will remain sunny and hot, also with storms expected in the afternoon and in the evening. Maximum temperatures will range from 31C to 32C, while the minimum ones 18-19C.

On Sunday, the heat will linger, with temperatures climbing to 33C, with potential rainfalls, thunderstorms in the evening.

Code yellow warning for storms in the rest of the country

On the other hand, the National Meteorology Administration has issued a weather alert for bad weather for the most part of Romania, to come into force as of today until Sunday evening. 34 counties in Banat, Banat, Crișana, Maramureș, Transylvania, Moldavia, most part of Oltenia and northern Muntenia are under  alert for torrential rains and storms from Friday until Saturday night.

Europe has faced violent storms this week, but a heat wave will hit the old continent as of next week, with temperatures ranging from 35C to 40C, in France and Italy mainly.

Temperatures might exceed 40C in Northern Spain, where a hot air from Northern Africa is expected. Therefore, cities such as Madrid in Spain, but also Paris, or Frankfurt and Berlin might face temperatures over 32C for several days in a row.

Weathermen have warned early this month that the heat waves will become regular this summer in Europe. 2018 was also one of the hottest past three years in the history of the weather forecasts in Europe.

The lowest number of COVID-19 cases reported today in Romania

Shopping malls might re-open as of June 15, movie theaters to remain closed

Charters to Rhodes, Crete to be resumed in early July

Continental is expanding the office building in…