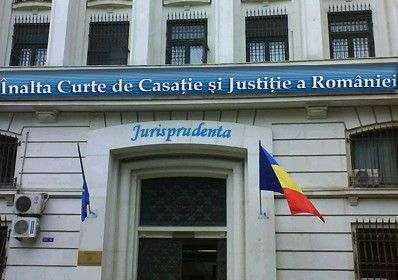 The High Court of Cassation and Justice (ICCJ – Supreme Court) has admitted Laura Codruta Kovesi’s appeal against the judicial control decided by prosecutor Adina Florea with the Special Section for Investigating Magistrates. Therefore, the ban against the former anti-corruption chief prosecutor to leave the country is lifted.

“I filed an appeal against this illegal measure. I brought evidence that this action had been illegal and baseless (…) Now, I can leave the country, the judicial control has been cancelled and my appeal has been admitted“, Kovesi announced at the Supreme Court where she came for hearings.

The ICCJ judges’ ruling is final.

When leaving the ICCJ offices, after two hours, the former DNA chief prosecutor said she made some statements and has answered questions.

The hearings were attended by a prosecutor with the Prosecutor General’s Office and one with the Special Section.

“I cannot tell you what happened in the courtroom,” Kovesi said. “I have filed an appeal against the decision of judicial control, showing that I’ve met the conditions set by the law. I will observe the court’s decision, whatever it may be,” she had stated before the Supreme Court’s ruling.

On the other hand, Kovesi expects the result of negotiations for the office of European Prosecutor.

Asked if there is a connection between the campaign kicked off against the Prosecutor General Augustin Lazar and aginst the chief of the Supreme Court and the investigation against her, the former DNA head said:

“Of course (there is a connection). And there also other prosecutors and judges who are attacked on a daily basis for doing their job and we are all going through all this campaigns for we have done out job and because others want to steal in peace and we have prevented them. They alwasys attempt to attakl the chiefs, the people who are most visible in the public space in order to give a signal to the others. But, as I said before, there are a lot of brave judges and prosecutors in the system, so we don’t have anything to be afraid of. Time will tell that the charges are groundless,” Kovesi told journalists.

She also explained why she had asked for the SPP protection, saying she has received threats.

“Yes, I benefit of protection at this moment, protection has been granted to me for I received numerous threats. When I endd my term as DNA chief I sent a copies of all the threats I have received, and following all the risks on my physicial integrity, the Supreme Defence Council decided that I should benefit of further protection“.

First Vice-president of the European Commission, Frans Timmermans, has reiterated on Wednesday his support for the former head of the National Anti-corruption Directorate, Laura Codruta Kovesi, in the race for the European chief prosecutor office. Timmermans said that Kovesi remains the favourite candidate of the European Parliament for this position, underlining that it is important she remains a candidate.

Timmermans added that he had the opportunity of working with Kovesi for several years, arguing she is a very good quality legal expert and that he admires her for her courage.

The President of the European Parliament, Antonio Tajani has also reiterated his endorsement for Kovesi at the beginning of the EP session, after he had voiced his concern several days ago that the former DNA chief was placed on judicial control. Tajani announced he would send a letter to the Romanian authorities asking them not to hinder Kovesi’s participation in all selection stages for the European Prosecutor’s Office.

EC tackles the rule of law in Romania today, Timmermans warns the Gov’t in Bucharest to avoid taking actions that would affect the judiciary system