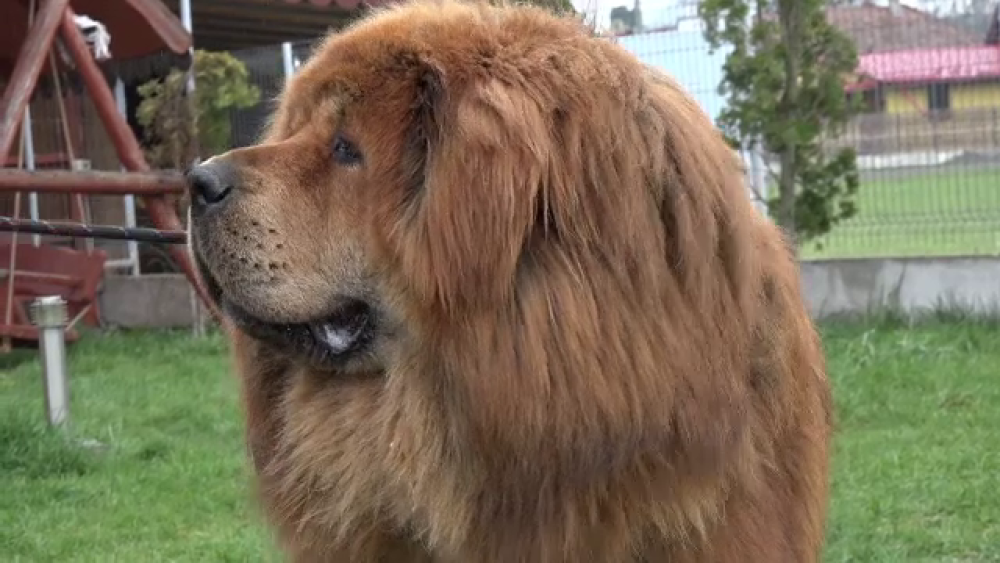 The most beautiful Tibetan mastiff in the world lives in Romania: It’s ‘Boss’

The most beautiful Tibetan mastiff lives in Romania, it is two years old and has already competed in dozens of competitions to win almost 200 awards.

The dog’s name is Boss Phantom, lives in Sangeorgiu de Mureş, Mures County and his owner is a passionate of the breed, stirileprotv.ro informs. He has invested a lot of energy, time and money in order to achieve remarkable results.

Tudor Salagean, the owner, says that Boss is two times World Champion and has competed in 66 competitions without defeat.

“It was born in Sangeorgiu de Mureş, but the mother is from Tibet and the father arrived to Romania from Russia. It won the first spot in every competition since the age of three months. He competed in two world championships, in the puppy group and junior group. It won 186 awards in two years,” Salagean said.

The owner’s wife, Kati Salagean says they go for jogging at 8.00h, in the afternoon and in the evening, for one hour and thirty minutes. The dog eats only once a day, in the evening. Before the competitions it needs to be washed and combed.

The owner recently went to Tibet to get a special present for Boss. He has bought a female mastiff.

“This is Lea. I made a promise before the world championship – if we win, I will get him a bride from Tibet. I flew 30 hours to get Lea for Boss,” the owner says.

Hundreds of illiterate people bought themselves driving licenses. Some have caused accidents

PM on coronavirus: ‘Let’s not create a panic’. President summons…

Italy, the most affected country by coronavirus in Europe. Romanians returning from…

Six Romanians from the “Diamond Princess” cruise ship, in quarantine due…

CCR: Nominating Ludovic Orban as PM for the second time…

PM on coronavirus: ‘Let’s not create a…