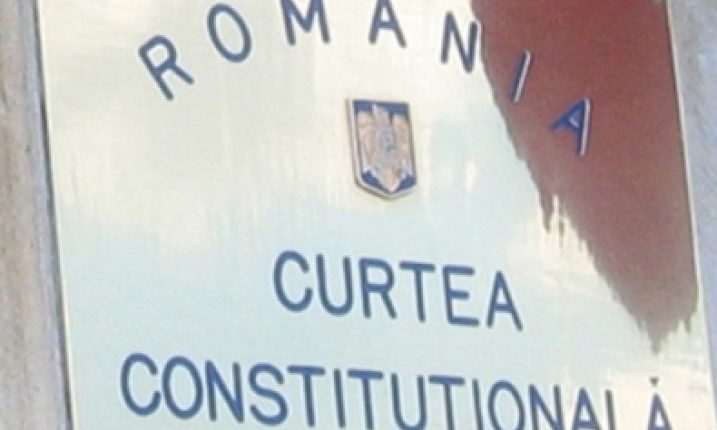 The reasoning of decision on DNA’s Kovesi, to be publicly read in CCR plenum

The decision and the reasoning of the solution given in the case of the institutional conflict between the President and the Minister of Justice, regarding the revocation of the DNA chief prosecutor, Laura Codruta Kovesi, will be read publicly in the plenum of the Constitutional Court, most probably on Thursday, sources say.

The quoted sources stated that the decision on the day when the reasoning will be read will be made Tuesday afternoon and is likely to be read on Thursday.

The decision is unprecedented, i.e. the motivation being read publicly.

President Klaus Iohannis said on Tuesday that he expects the CCR reasoning to revoke the DNA chief prosecutor, Laura Codruta Kovesi, saying that prosecutors should not be “politically controlled” and that they are under the authority but not subordinated to the Justice Minister.

“This court decision apparently speaks only of a very concrete matter of revoking or non-revoking the DNA Chief Prosecutor. Actually, however, there are several issues that arise and are brought back into question, such as the statute of prosecutors. I will act accordingly: prosecutors must be independent. Under no circumstances should they be politically controlled. Prosecutors cannot be subordinated to a politician, be him a minister. Consequently, whatever we do, Romania, as a state, must ensure the independence of prosecutors, in order to guarantee an independent justice,” Klaus Iohannis stressed.

President Iohannis: Prosecutors cannot be subordinated to a minister. If necessary, we can convene a referendum

Alerts for heavy snowfalls in the mountains

Morocco suspends all flights over Omicron fears. 72 Romanians blocked there