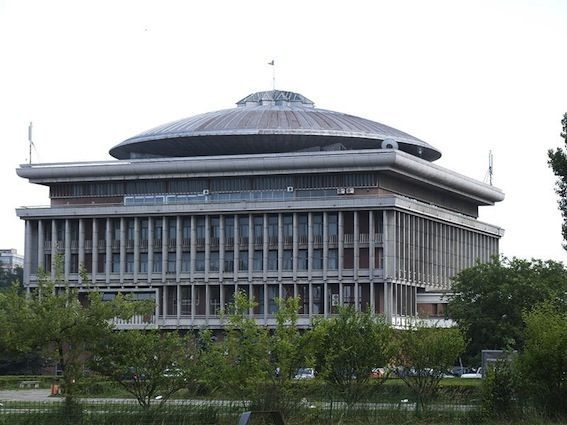 The U.S. Embassy informed on Wednesday that the U.S. Trade and Development Agency had awarded a grant to the University Politehnica Bucharest (UPB) for a feasibility study on the technical, economic and financial viability of implementing a Smart Micro Grid pilot system on campus. UPB is the oldest, largest and most prestigious technical university in Romania, with 30,000 students and 3,000 employees.

The grant was signed at UPB by U.S. Ambassador to Romania Hans Klemm and UPB President and Rector Mihnea Costoiu. “By employing the latest smart grid and intelligent building technologies, Politehnica Bucharest will be able to better regulate its energy, maintenance and operation costs,” said Ambassador Klemm.

UPB is planning to deploy the Smart Micro Grid project for the entire campus, which will reduce the university’s annual energy expenses and its carbon footprint.

“The agreement signed today, which will implement an energy management system similar to that of a Smart City, opens the opportunity to join a limited group of European universities that have begun to implement such an ambitious concept.  It is the first step in the collaboration with the United States Government that we wish to develop further,” Rector Costoiu stated in his turn.

The feasibility study will evaluate opportunities for expanding generation capacity, implementing tri-generation approaches and diversifying energy supply resources. Additionally, the study will look at adding thermal and electric power storage systems, as well as maximizing the use of smart building technologies.  Features of the study include an energy audit baseline assessment, environmental analysis, a preliminary design of the smart micro grid and an economic, financial and development impact.

Conducting the feasibility study is E3 International, LLC of Bethesda, MD, an energy efficiency and renewable power-consulting firm, which will also share in the costs of the study, in the amount of USD 125,854, for a total study cost of USD 506,516, reads a press release by the U.S. Embassy in Bucharest.

PNL candidate for Bucharest city hall: Munteanu out, Predoiu in

Romanian woman asks President, FM for help in being repatriated from Guinea

Romanian woman asks President, FM for help in being…

The Romanian who left the corporate life of Bucharest…