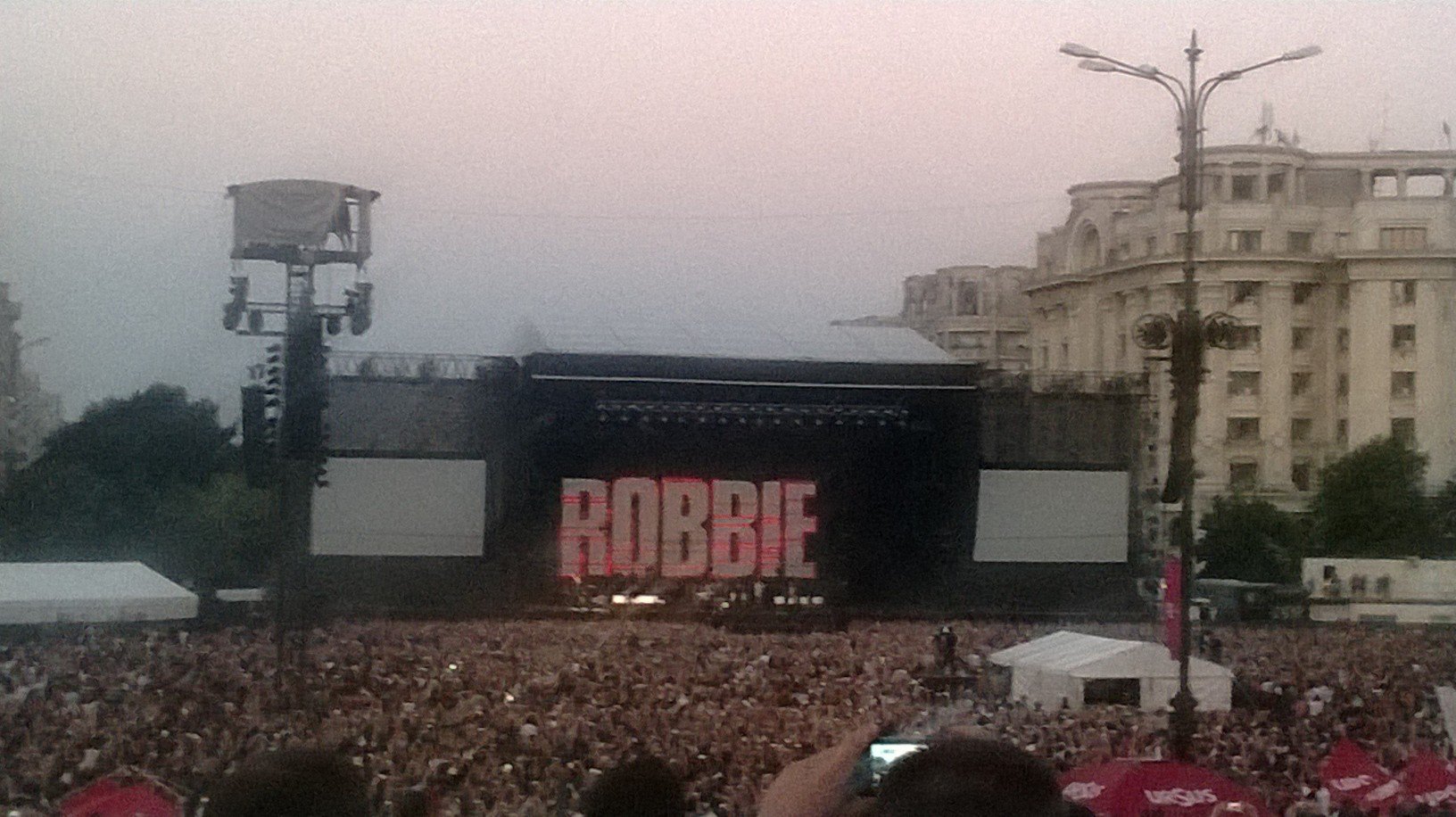 After spectators at Robbie Williams’ concert in Bucharest queued to buy drinks and food during the show and complained about that on social media forums, the organizers and suppliers on Monday apologized and pledged to compensate for the inconvenience.

While D&D East Entertainment blamed for the catering company which withdrew three days before the concert, some of the suppliers like Coca Cola and Ursus said they just respected the conditions imposed by the organizers. Ursus informed it would reward the discontent persons with an Ursus Premium box (six doses of 0.5 l).

“Three days ahead the event, we faced un unprecedented situation: the catering company that was supposed to deliver food and drink informed us by e-mail it wanted to withdraw from the agreed and signed contract. The tension prompted by these people’s irresponsibility and lack of professionalism to the 64,000 spectators highly affected the proper organization of the event, so that the call-off of the concert was even considered. We had to urgently find a solution to replace the vendor,” the organizers explained, adding that they had to resort to a Fire catering company, which, they say, did its best to provide the audience with food and drinks.

At the same time, the organizers informed that the money left on the rechargeable cards for buying food and drinks will be reimbursed at three Transilvania Bank in Bucharest (Alba Iulia, Militari and Obor branches), as well as at Matei Corvin branch in Cluj-Napoca.

As for Ursus that was the beer provider of the event, it promised to revise the procedures to this kind of events to avoid the customers’ troubles in the future.

As a reward, Ursus offered boxes of beer as a gift. All those who want to get the gift can find further details on Ursus’ Facebook page.

Spectators were not allowed to enter the concert venue with their own drinks and food, with huge amounts of water bottles and biscuit boxes being seized by the security agents at the entrances. They were told to use some rechargeable cards to buy drinks and food within the concert area. Considering the high number of persons and the high temperatures outside, long queues formed in front of the few selling points, with many persons failing to purchase those drinks and food.

World Press Photo Exhibition lands in Romania, to be visited in Bucharest, Cluj and…