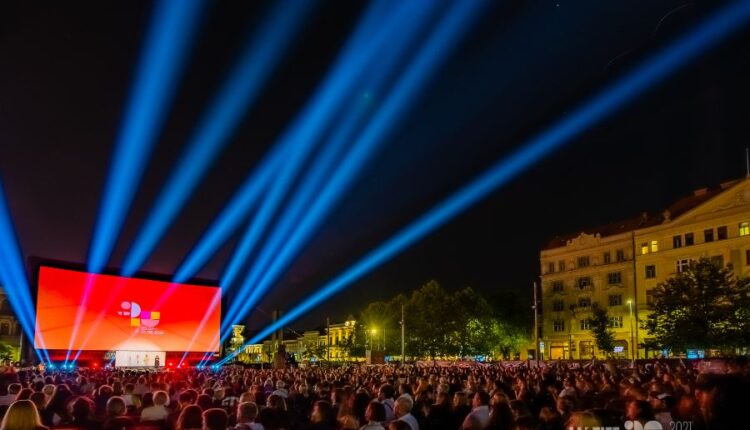 The 20th edition of the Transylvania International Film Festival (TIFF) announced its winners on Saturday evening, July 31, to the applause of over 1500 spectators in Unirii Square in Cluj-Napoca. With the participation of star Sergei Polunin and some of the the most important filmmakers of the moment, the TIFF 2021 Awards Gala was an occasion to celebrate the two decades spent # togetherprinfilm. The Whaler Boy, the debut of Russian director Philipp Yuryev, was awarded with the Transylvania Trophy, worth 10,000 euros. The award was handed to him by the special guest of the edition, Sergei Polunin, to whom a special moment at the gala was dedicated.

Mexican screenwriter and writer Guillermo Arriaga, producer Katriel Schory, American director and producer Scott Coffey, actress Maria Popistașu and Christian Jeune, director of the Cannes Film Department, unanimously decided to award this “wonderful, meticulously made portrait” of an isolated community and the dreams of a boy dazed by social media ”.

Poppy Field, the debut of director Eugen Jebeleanu, won two important awards on the evening of the gala. “For the way he sustains the dramatic tension throughout an entire film and for the courageous way in which he leads an ensemble of actors in an impeccable choreography“, the local production was awarded the Prize for Best Direction, in value of 3,500 euros. The film was also in the top of viewers’ preferences, winning the Audience Award, offered by MasterCard at this edition.

The prize for the Best Performance, worth 1,000 euros, offered by Conceptual Lab by Theo Nissim, went to the actress Petra Martínez, the protagonist of the Spanish production Asta-i viata / That Was Life. The award was presented to the director David Martín de los Santos, present in Cluj. “For the way he uses a road movie in the most literal sense of expression in the poetic cinematic description of a relationship between a father and his son, against the background of an arid and harsh nature”, the Indian production Pietricele / Pebbles, directed by PS Vinothraj was awarded the Special Jury Prize of 1,500 euros by HBO.The jury also gave a special mention to the film The Flood Won’t Come, “a meditation on the absurdity of war.” The name of the winner was revealed through a message from Guillermo Arriaga, who could not be present in Cluj and expressed his regret for not being able to visit Romania.

The FIPRESCI Award, offered by the jury of the International Federation of Film Critics to a film from the Romanian Film Days section, was given to the thriller Unidentified, by Bogdan George Apetri.

The TIFF gala presented by Tudor Giurgiu, the president of the festival, and the journalist Amalia Enache can be watched on Monday, August 2, from 22.00, on TVR1.

Hungarian filmmaker István Szabó thanked the entire TIFF team for their days in Cluj, where they were officially awarded the Lifetime Achievement Award, announced in 2018.

A very special moment was the speech of Nae Caranfil, winner of the Excellence Award, offered by Mercedes-Benz. “I want to thank my audience for this award. My audience, my friend ”, underlined the actress Cezara Dafinescu, awarded at this edition with the Prize for the whole career, offered by Cemacon. Awarded only at anniversary editions, the Special Prize – Transilvania 20 Trophy was awarded by Mihai Chirilov, TIFF artistic director, to film critic Dan Făinaru. “I come here, to TIFF, every year, because every time I feel like I’m coming back to my family,” he confessed.The jury also gave a special mention to the film The Flood Won’t Come, “a meditation on the absurdity of war.” The name of the winner was revealed through a message from Guillermo Arriaga, who could not be present in Cluj and expressed his regret for not being able to visit Romania.

Otto The Barbarian, the debut of director Ruxandra Ghițescu, won the Romanian Film Days Award for the Feature Film section, worth 10,000 euros (consisting of film rolls and post-production services), offered by Cinelab Romania. Presented for the national premiere at TIFF, #dogpoopgirl, directed by Andrei Huțuleac, was awarded the Romanian Film Days for Debut Award, worth 1,000 euros, offered by Banca Transilvania. The most voted local film at this edition, the documentary Wild Romania, made by Dan Dinu and Cosmin Dumitrache, was awarded the Audience Award for the most popular Romanian film, worth 1500 euros, offered by Dacin Sara.

Recently screened in the Quinzaine des Réalisateurs section at Cannes, When Night Meets Dawn (directed by Andreea Borțun) was awarded the Romanian Film Days Award for the Short Film section, worth 5,000 euros, in services consisting of equipment, electric camera and grip offered by CutareFilm. The Jury of the Romanian Film Days for Short Film also awarded a Special Mention to the animated film Lullaby Song, directed by Paul Mureșan.

Within the Transilvania Pitch Stop platform, the Chainsaw Europe Award, consisting of post-production services worth 25,000 euros, went to The Talentless project, directed by Radivoje Bukvić and produced by Jovana Jovičić (Serbia). The Transilvania Pitch Stop development award, offered by Avanpost Media and TIFF, worth 7,000 euros, was obtained by the project The Poor Dove, directed by Călin Laur, produced by Ștefan Nahaba (Republic of Moldova).

The Sasha project, directed by Vladimir Beck and produced by Katerina Mikhaylova, Vasily Klepatsky and Ruben Dishdishyan (Russia), won the Prize of the National Center of Cinematography Republic of Moldova, offered at Transilvania Pitch Stop, worth 1,500 euros.

The CoCo award, offered by Connecting Cottbus Co-Production Market, went to director Ioana Țurcan and producer Ana Maria Pîrvan, for the project The Ways We Look at the Sun (Romania).

Romanian sailor killed in pirate attack off the coast of Oman

Covid infection rate mounts to 2.5 per one thousands inhabitants in Bucharest

Pediatrician: Babies and children with serious illnesses have a very high risk of…

Schools might go online in Bucharest as of mid-October

ALPLA Group investing in the construction of a recycling…