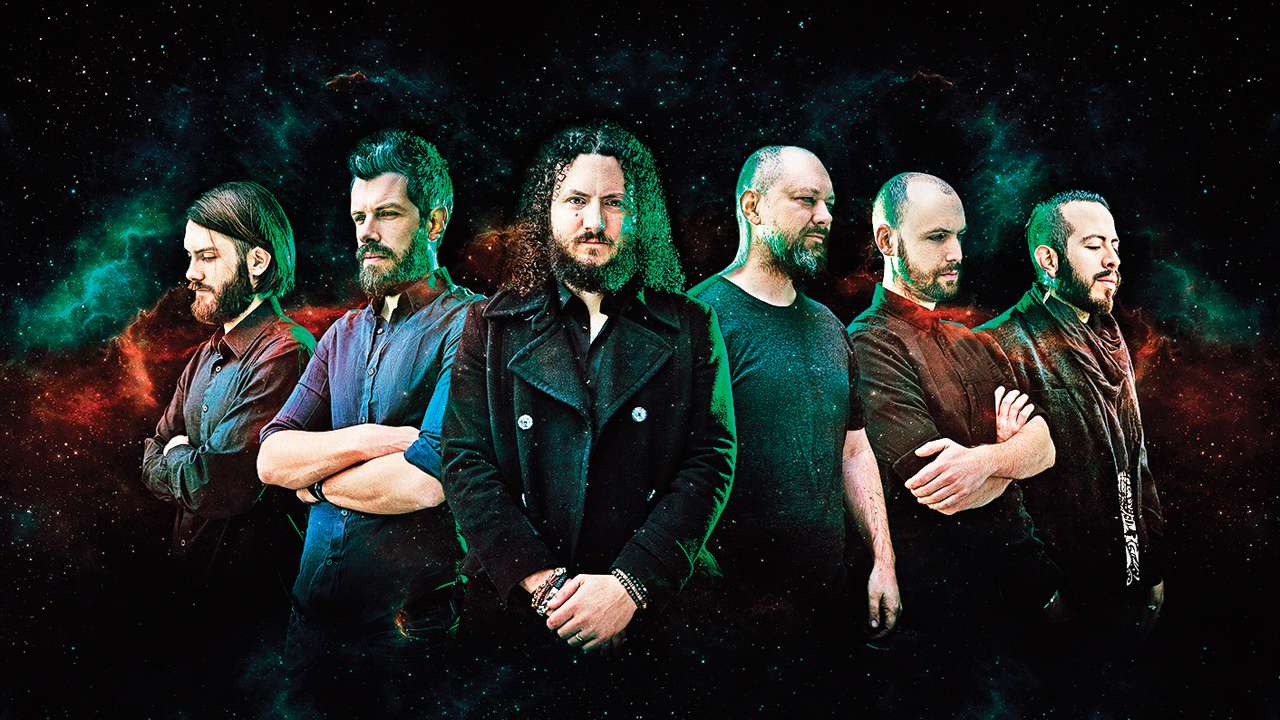 HAKEN will perform, live, at ARTmania Festival, in Sibiu, their first gig in Romania

HAKEN, another British band at ARTmania Festival 2018, will offer a progressively spicy rock with vintage trends inspired by the classic rock that has guided them in their musical journey until now.s of 2018, Haken has released a total of four full-length studio albums, and EP and a live album.

The tickets can be bought by clicking here!

Consisting in Charlie Griffiths (guitars), Ray Hearne (drums), Richard Henshall (guitars, keys), Ross Jennings (vocals), Diego Tejeida (keys), Conner Green (bass), Haken have become a major name on the prog scene since the release of their third album, ‘The Mountain’ in 2013. Not only did this get the band enormous acclaim, but it also gave them the chance to undertake a huge touring schedule, according to insideoutmusic.com. They played with bands such as Between The Buried And Me, The Neal Morse Band and Leprous, headlined their first ever US shows, were invited to play on the bill for Cruise To The Edge, as well as appearing on the bills at Hellfest (one of Europe’s biggest summer festivals), and the inaugural Ramblin’ Man Fair in the UK.
“Everybody knows the 1970s was a golden age for prog music” explains guitarist Charles Griffiths. “In the past we’ve taken a lot from bands of that era whom we enjoyed, especially Gentle Giant, but this time, we have gone more towards the next decade for our inspiration. For me, it means albums like ‘90125’ from Yes, ‘Toto IV’ and Crimson’s ‘Three of a Perfect Pair’ and even Vince DiCola’s score from ‘Transformers The Movie’. We all love the sounds they used; the keyboard and drum sounds gave the music a cool flavour and we’ve incorporated some of that approach throughout ‘Affinity’, but especially on the track ‘1985’. Of course there’s still a modern edge to the drums and heavy guitar tones on what you’ll hear.”
It’s not only in this shift of emphasis to the 1980s that things have slightly altered for the band this time around. As Griffiths explains, calling the album ‘Affinity’ is rather appropriate for the manner in which it was conceived. “We wanted to develop and expand our sound by having every member contribute initial ideas from the very beginning of the process. It naturally takes longer to filter through the mass of material and fit it all together coherently, but this approach has helped to create something completely fresh whilst maintaining the core elements of Haken’s sound. It’s truly a group effort”. While this is not a concept album, Griffiths explains that there is a loose theme running through the lyrics. “The broad lyrical theme of the album is about how we are all connected, both literally and in more abstract sense. ’Affinity’ seemed like the perfect title since it can refer to the biological connection between all living things; our common ancestry. But we’re also reflecting on our personal relationships, as well as looking at human nature from a more global perspective.”
Aside from the band members, there is also one guest on ‘Affinity’. This is Leprous vocalist Einar Solberg, who guests on the song ‘The Architect’.Griffiths believes that ‘Affinity’, although exploring new musical territory, will appeal to longtime fans. “The last thing we want to do was to repeat what we’ve done before. Just because ‘The Mountain’ has been our most successful release to date, we didn’t want to just copy the formula. I’m sure people will recognise that it is the same band, but we’ve tried to bring different influences and fresh, interesting sounds to the fore; to evolve as musicians and as a band. I’m sure we have found the right way to move forward, while keeping enough of the Haken style to satisfy our fans.”According to their official website, the band have also revealed they have started to work on their fifth studio album: “We’re currently getting our teeth stuck into the writing process for Album 5 and great ideas are forming and evolving as we speak. It’s still early days but there is a sense among us that Haken may take a darker path with this one. However, the playing field is still wide open and the direction this record takes could alter at any point. One thing is certain: We will endeavour to stick to our mandate of strong melodies and Killer riffs!”

The Nightingales’ Night to be marked online in Romania this weekend

LP reschedules the gig in Bucharest for July 2021

Shows might be resumed as of June 15. Special law for Untold and Electric Castle

Which are the first museums to re-open in Bucharest?

President: Terraces and beaches to open as June 1. No…