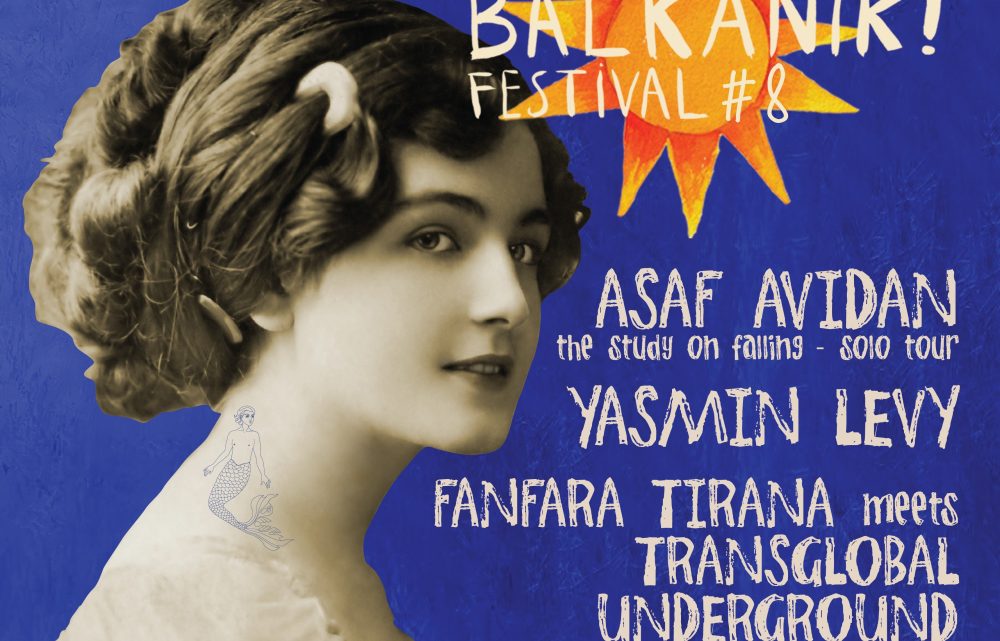 What artists will take the stage at Balkanik Festival?

The 8th edition of Balkanik Festival will start out big this year: one of the most expected artists will tread the boards at the festival at Baneasa Royal Railway Station right from the start on September 7- Fanfara Tirana meets Transglobal Underground.

The party will last for three days until September 9. The Balkan wedding atmosphere hijacked by rudeboys on Friday will continue all night long with an after party at the pool at the Younivers Summer Club, next to Fanfara de la Cozmești.

On Saturday, the audience will meet for the first time the artists from Light in Babylon, the female lead singer with roots in Iran and Israel, Elia Kamal, the Turkish instrument player and the French guitarist.

Manonera will perform a special show inspired by the fiddler’s music, Roma music, by tango, flamenco and Turk Hulk Muzigi (the oral tradition musics in Turkey).

The most expected Yasmin Levy will end Saturday night with Ladino (the Jewish-Spanish music from Spain) and flamenco.

The after party will go on on Saturday with the beats of the Romanian music, typical to the seaside music of the 90s with Dan Ciotoi and Generic band.

On Sunday, the last day of the festival belongs to Asaf Avidan, the star who starts his solo tour The Study on Falling in Bucharest.

Balkanik Festival has become of the most important world music festivals in Europe, acknowledged by famous genre magazines such as Songlines or Folker, and awarded the EFFE Label – Remarkable Festival for the third year in a row.

Passes enable access to all events of the festival for all three days and are available at the price of RON 160.

If you buy 4 passes or tickets, the fifth is free of charge.

World Press Photo Exhibition lands in Romania, to be visited in Bucharest, Cluj and…

‘The Painted veil’ By Somerset Maugham: When Suffering Leads To Evolution

‘The Midnight Library’ By Matt Haig: How many lives do you need in order to learn how…