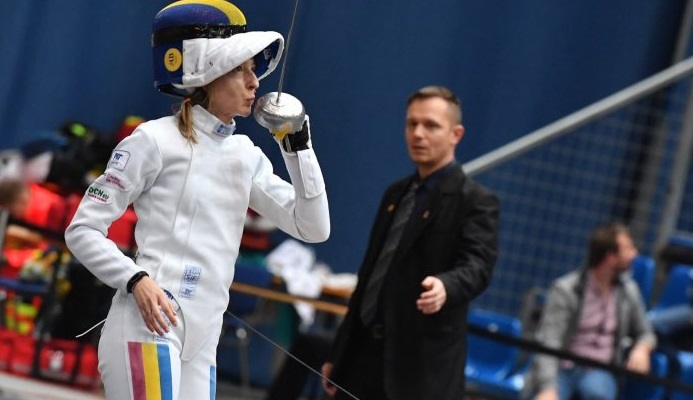 Ana Maria Popescu, named for the fifth time the best swordswoman in the world

Ana-Maria Popescu, a silver medalist at the Tokyo Olympics this summer, was named the world’s best swordswoman on Saturday by the International Fencing Federation.

The Romanian received the World Cup Trophy, on Saturday, in Lausanne, the Romanian Olympic and Sports Committee, announced on Facebook.

“I am delighted, proud and very happy to be here today, in Lausanne, at the Congress of the International Fencing Federation, and to receive this distinction, the winner of the world ranking, in the women’s sword event, for the fifth time. I have never dreamed or thought I would get here, but here it is. They are living proof that dreams come true when you believe and work for them. I thank my team, the federation, the club and the people who have been with me every day on this road of performance ‘‘, said Ana-Maria Popescu.

Ana Maria Popescu, born Ana Maria Branza, began fencing in 1996 in Bucharest, Romania. Her parents wanted her to take up a sport. She initially played tennis before her older brother Marius, who was a member of CSA Steaua Bucuresti’s youth football team, took her to his club’s fencing hall. After six months of training, she became national champion in her age group.

Will Bitcoin Gambling Overtake Traditional Gambling the Future of iGaming?

Omicron fears: Aircraft takes off to bring home the Romanians in South Africa

Health minister: Digital certificate for those who have…