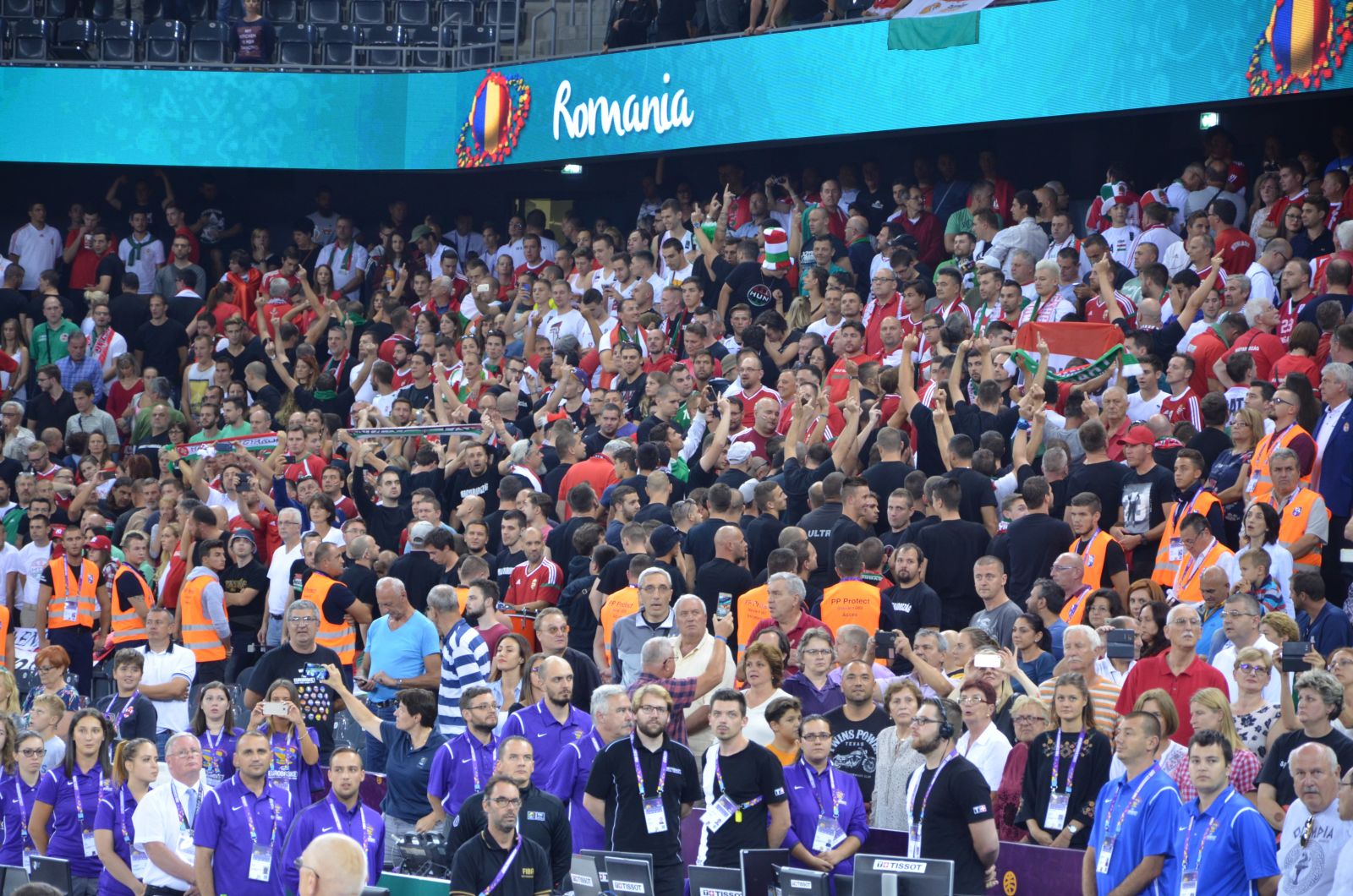 Incidents at the Romania-Hungary basketball match in Cluj. Shameful behaviour of supporters of both national teams

More than 9,000 spectators attended Tuesday evening the basketball match between Romania and Hungary, counting for Group C of the European Championship – FIBA Eurobasket 2017, which takes place in Cluj Napoca. The match was won by the Hungarian team 80-71, Romania suffering the fourth consecutive defeat.

The match was not free from incidents. Before the game started and during the state anthems of both countries incidents occurred, transilvaniareporter.ro reports.

According to the gendarmes, before the start of the game, around 20.05h, a group of supporters of Romania’s national team set a Hungarian flag on fire. The gendarmes intervened, but the flag had already burned and – says Marius Ardelean, spokesman for the Mobile Gendarmerie Group Cluj – the person (persons) who set the flag of the neighbouring state on fire haven’t been identified.

PM Tudose: 18 out of 36 active banks in Romania do not declare profit

Who Will Win This Season’s Liga 1 Title?