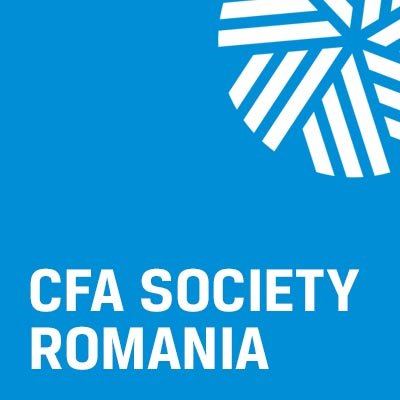 The Chartered Financial Analysts (CFA), association of investment professionals in Romania, warns that the Government proposals will bring serious damage to the financial system and put at risk the Romanians’ rights to have a decent life when retired.

A CFA Romania release reads that “the recent amendments announced by the Government to the Pension Pillar II removes what for most Romanians is the only savings instrument and the chance for a decent life in retirement.”

“By these announced measures, the Government actually sends a message to the funds administrators to withdraw from the market, considering the demands for increased capital by up to twenty times, given that the administration revenues will drop dramatically. The option to withdraw the contributions after five years is similar to a ‘poisoned apple’. Under the appearance of the benefit of immediate liquidity, the Romanians’ financial stability is affected over long term, whereas the state sets up the premises for reuniting the contributions to the state pillar, without guarantees for future pensions. Considering the concerning demographic developments, such a measure is simply an attack on the Romanians’ long term welfare. Furthermore, the inflationary spiral will be fueled and will ‘bite’ the current revenues and the Romanians’ lifetime savings,” the CFA Romania representatives say.

They warn the Government is setting by itself the concerning premises of higher financing costs of the budget deficit, costs to be paid by the citizens by taxes.

They also say that the measures on telecommunications, utilities and the banking sector will affect the Bucharest Stock Exchange, with higher costs to erode the standard of living.

“We add that by taxing the banking system according to the ROBOR Index evolution, which is determined by the inflation generated by previous Government decisions, reveals the lack of understanding of market economy mechanisms and sets a dangerous precedent. Given the lack of consultation with the business environment, of impact studies and the seriousness of the measures for the entire economy, we believe the priority is to build a medium and long term vision for Romania’s and Romanians’ future,” the release reads.

CFA Romania promotes responsible investments over long term in the interest of its clients. CFA Romania has more than 230 members.

Finance Minister Eugen Teodorovici announced on Tuesday that banks will be differently taxed, according to ROBOR (Romanian Interbank Offer Rate). The higher the index is, the higher taxes will be, says the new tax, called “the tax on greed”.

The FinMin announced this measure among other several fiscal measures envisaged for 2019, such as the EUR 10 billion investment fund, the decrease of taxes in constructions, but also the controversial decision to take the “vice tax”, which encompasses money normally intended for the investments in hospitals and to the big healthcare programmes to counter chronic diseases, and redirect it to the state budget to cover for the state employees’ salaries and for other expenses in the central administration.

He also announced the capping of the gas price for a three-year period: RON 68 megawatt/hour. The measure will apply until February 28, 2022.

In the case of Pension Pillar II: Funds can invest in public-private partnerships; administration fee drops from 2.5% to 1%; the second commission of 0.05% of the assets changes according to the fund’s performance; a person may withdraw the money, but not earlier than 5 years, and the withdrawal fee is 2% of the assets.

Fondul Proprietatea: The proposed fiscal measures are a ticking bomb for the Romanian economy

Coronavirus death toll on the rise in Romania: 80 dead, the youngest victim was 27yo.…

Mass resignations of the medical staff across hospitals in Romania

Coronavirus death toll on the rise in Romania: 80 dead,…

Romania ranked second to last in EU on hourly labour…