Contract signed for the Northern Railway Station-Otopeni line. The builder vows to complete works until EURO 2020

The funding for the design and execution of the direct railway line between Henri Coanda International Airport and North Railway Station is ensured and the builder will have all the support to run this project in a fast-paced manner to complete it as it has assumed, until May 30, 2020, Transport Minister Razvan Cuc said 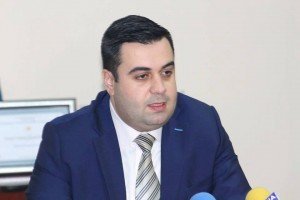 “Today is a very important moment because, as we announced at the beginning of the term, the infrastructure projects are a priority for the Ministry of Transport and you know very well that the EURO 2020 Championship is approaching fast.

In order to carry out in good conditions this championship we need a railway connection between Henri Coanda Airport and the North Railway Station. The Romanian builder who won the tender for the modernization of the Bucharest North Railway Station – Henri Coanda International Airport line, undertook to finalize it by the end of May 2020, so that we could secure the rail connection for the football fans to arrive.

The value of the project is RON 398 million. There is no problem about the funding. There is money. That’s what I’ve told the builder: to work as much as possible to consume all the money in a shorter time.

Regarding the quality of the works, I have no doubt that it will be at the highest standards, as it is a serious builder,” Minister Cuc said.

The Transport Minister has asked the builder to shorten the design period in order to complete the project as soon as possible.

ANCOM: If GEO 114 is not repealed, the 5G auction could be blocked

Exports down, imports up. Foreign trade’s bill gets over EUR 3 bln in the first…

Bucharest seen from space by the ESA’s Copernicus…