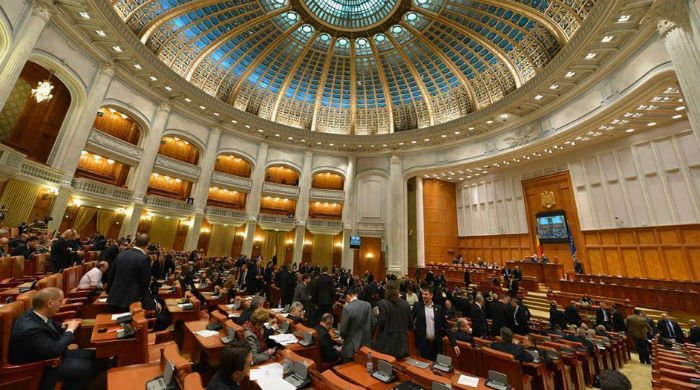 The lawmakers will meet during July 1-5 in an extraordinary session for the election of the new leadership of the National Bank of Romania, but also for the appointment of the Ombudsman and the ballot on the Fiscal Council members.

“We had a coalition meeting where we tackled three main themes. The first was to set up a fraud-rigging committee at the May 26 European Parliamentary election. (…) The second topic was the referendum, as you know, a parliamentary commission was set up to look for solutions, so that the vote in the Diaspora is a vote of all citizens, an election involving all the citizens of the Diaspora. The PSD-ALDE Alliance has two options, one – the extended early vote and the second – vote by correspondence,” Prime Minister Viorica Dancila said at the Parliament Palace.

Thus, in the extraordinary session, the MPs will vote the new leadership of the National Bank of Romania, the new Ombudsman, the members of the Fiscal Council and the commission for investigating the EP election.

As far as the Ombudsman (Ombudswoman) is concerned, Tariceanu did not comment on the version rumoured, according to which former MEP Renate Weber could replace Victor Ciorbea.

On the other hand, Premier Viorica Dancila stressed that the PSD will support the person proposed by coalition partners ALDE.

A new term for Isarescu?

Mugur Isărescu is the Governor of the central bank for the longest period in the world. After the revolution, he took over the mandate, which was interrupted for only 11 months during December 1999-November 2000 when he was Prime Minister.

Until now, Mugur Isarescu was not explicit about his

intentions, speaking about his when he was asked.

“I’m almost 70 years old, right?” Isarescu said one year ago, suggesting that he does not intend to continue. When asked again in January, he said that “the Parliament will decide” and “what matters is that the institution is sound.”

The renewal of Isarescu’s term is to take place during the extraordinary session of the Parliament, summoned on July 1.

Senate Speaker Călin Popescu-Tăriceanu said on Monday that, following talks with Prime Minister Viorica Dăncilă, the two parties will support Mugur Isărescu for the renewal of his mandate as Governor.

n the renewal of Mr. Mugur Isarescu’s mandate, so he has our support, and in the next Board of Directors, according to the current weight in Parliament, the PSD will has four seats and ALDE one seat, two seats will be for PNL, and one place belongs to the USR,” Tariceanu said, after the sitting of the standing bureaus of the two Chambers.

He added that “it is very likely” that, following the decision of the Social Democrats, the BNR Board of Directors will include one UDMR representative.

Restaurants, bars, cinemas and gambling halls re-opened as of Monday

How to Write An Essay On Economic Theory